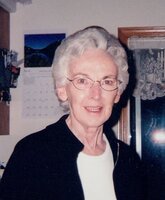 Margaret Merlene “Peggy” Brand was born May 5, 1942 in Sturgis, South Dakota to Merle and Margeret Compton.  She grew up in Spearfish and graduated from Spearfish High School. She continued her education at Black Hills State University where she obtained her teaching degree.  She married Melvin Brand on June 5, 1965, in Spearfish and spent her first years of marriage as a teacher in Illinois until she became a loving mother.  She and Melvin settled in Estes Park, Colorado in 1973. They spent their next 30 years in Estes except for a brief time in Broken Arrow, Oklahoma where in 1978, Peggy and Melvin both graduated from RHEMA Bible Training Center.  They left Estes again for a short interval in 1986 to 1987 to pastor Charis Bible Church in El Reno, Oklahoma.

Peggy devoted her time to caring for her family and supporting her husband in many pastoral positions.  After growing up in a house full of girls, Peggy was supportive to the men in her life as Melvin and her boys were very active in Boy Scouts of America.  You could find her alongside them cooking meals over a campfire, lovingly sewing sleeping bags and capotes, or filling backpacks for their many outdoor adventures.  She attended Boy Scout ceremonies, wrestling matches, adapted to hiking with slingshots and guns, attended football games and got used to all things “boy”. She baked fresh bread and always had a hot meal on the table.

Peggy was zealous to share the love of Christ together with Melvin.  They opened their home and lives to in-home church services and provided a foster home for two other young boys.  She led women’s bible studies and participated in numerous prayer groups.  She also opened her own daycare and worked in several local shops in Estes Park.  She enjoyed her family, grandchildren, friends and community immensely.  If she wasn’t reading her bible, you could find her declaring “hallelujah” over most of life’s situations.

Peggy went home to her heavenly Father on June 10, 2022. She is loved by many and will be greatly missed, but she is in a better place with her Savior, Jesus Christ, and is now running the streets of gold.

She is survived by her two sons and their wives, David Brand (Anissa) and Darren Brand (Sara) all from Loveland, CO; six grandchildren, Courtney Brand, Tannen Brand (Ashley), McKenna Carr (Daniel), Kendra Stevenson (Michael), Kaylin Brand and Trenton Brand and one great grand-daughter, Adeline Brand.  She is also survived by four sisters; Audrey Arvidson of Parkers Prarie, MN, Eleanor Marousek of Belle Fourche, SD, Edith Rae (Gary) of Harrisburg, SD and Dorothy Kerwin of Lander, WY, and many nephews and nieces.  She was preceded in death by her husband, Melvin, and her sister Ruth Schell.

Memorial services will be held at Resurrection Fellowship in Loveland, Colorado on Thursday, June 23, 2022 at 7:00 p.m. Condolences to www.viegutfuneralhome.com.