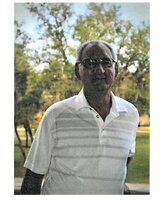 He was born in Rochester, New York to John and Margaret (Wallace) Van Duser on July 5, 1938. He moved to Loveland, Colorado in 1971 and then to Anniston, Alabama in 2005, returing to Loveland in 2019, following the death of his beloved wife Anne where he lived, reuniting with his children and life-long friends until the time of his death.

Tom is the proud father of three children and dad to six. Tom served in the United States Navy on the USS Independence. He traveled to many countries with his favorite being France, Italy, and Greece. He worked for Kodak in Rochester, New York, transferring to Colrado in 1971 to assist in building the plant and managaing the building maintenance team located in Windsor, Colorado. He worked for Kodak for 33 years retiring on 1991 at the age of 52 and went on to travel with his beloved wife visiting family from the West to east Coast and building friendships at their winter homebase in Hudson, Florida where he and Anne enjoyed many years of warm golf days. His goal, to be retired as many years as he worked for Kodak...we say he accomplished this goal, like so many others, building friendships through the travels he so enjoyed. He was an avid golfer enjoying  no less than two games a week on the course golfing with Anne and friends through the years. Tom loved to dance and with Anne; they spent many nights tearing up the dsnce floor doing dances such as the Jig, German Dutch Hop, Jitterbug, Waltz, and various swings. He bowled in Loveland for many years on both mixed and men's leagues. Tom was a life-long member of the Loveland Elks Lodge and due to his love of people, even bartended and managed the books for the Loveland Elks after retirement for several years until moving to Alabama.

He is preceded in death by his parents, his beloved wife Anne, daughter McKayla Van Duser, and brothers Jack and Ross Van Duser.

In lieu of flowers and because of his love of history, literature, and education, please consider donations to the Elks Scholarship Fund. Checks payable to Loveland Elks Lodge noting Elks Scholarship Fund and mail to Cheryl Gustafson, 4182 Buffalo Mountain Drive, LOVELAND, Colorado 80538.