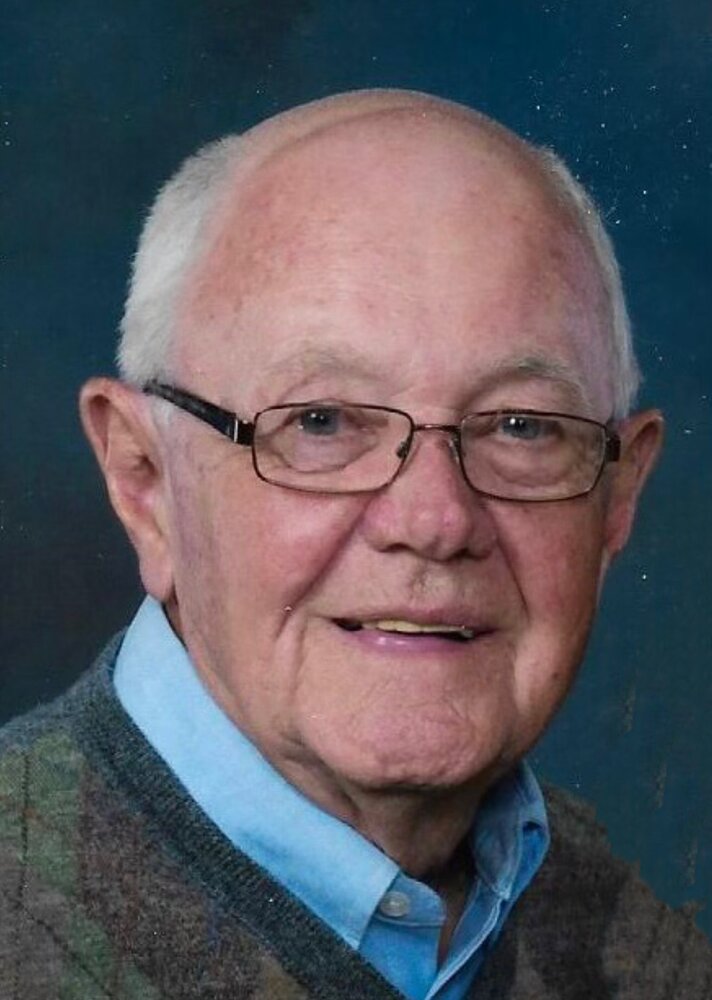 Richard A. Vanderbosch, 85, of Loveland, Colorado, passed away February 26, 2022.  Dick was born in Mishawaka, Indiana on January 10, 1937 to Amandus and Louise (DeGroote) Vanderbosch.  He attended St. Joseph’s High School, where he actively participated in football and basketball.  After serving two years in the Army and stationed in Germany, he earned his BBA degree from Western Michigan University.  That started his 36 year career in financial management at State Farm Insurance Companies.  For many years, he was actively involved in the national insurance Chartered Property Casualty Underwriters (CPCU) Society, chairing several committees.  In 1998, he received the CPCU Standard Setter Award for his dedication to professionalism, ethics, community work and leadership. Dick was commissioned to serve on President Ronald Reagan’s private task force for controlling costs.

In 1966, Dick married Norma Jean Harms, who blessed him with two daughters, Lynn Davenport (Dave) and Cari Penfold (James).  “Papa” is survived by his six beloved grandchildren: Drew Davenport, Alaina Davenport, Stella Penfold, Vivienne Penfold, Scarlett Penfold, and Chance Penfold.  Dick is also survived by his sister Virginia (Pittsburgh, PA) and his brother Phillip (Matthews, NC).  He was preceded in death by his infant son Brian, his brother Thomas, and his parents.

Dick was an avid sports fan and past president of the Illinois State University Booster Club. He loved golf and tennis, which he played throughout his life.  Dick and his wife Norma were married for 55 years. They traveled the world extensively after his retirement, visiting over 30 countries throughout Europe, Asia, Africa, North and South America.

Memorials may be made to House of Neighborly Service in Loveland, Colorado.

To send flowers to the family or plant a tree in memory of Richard Vanderbosch, please visit Tribute Store
Thursday
3
March

Share Your Memory of
Richard
Upload Your Memory View All Memories
Be the first to upload a memory!
Share A Memory
Send Flowers