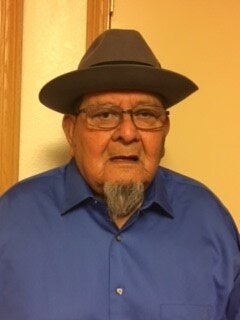 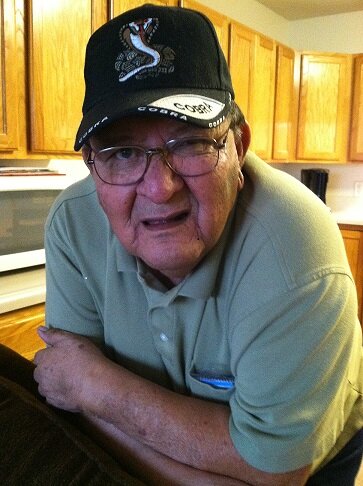 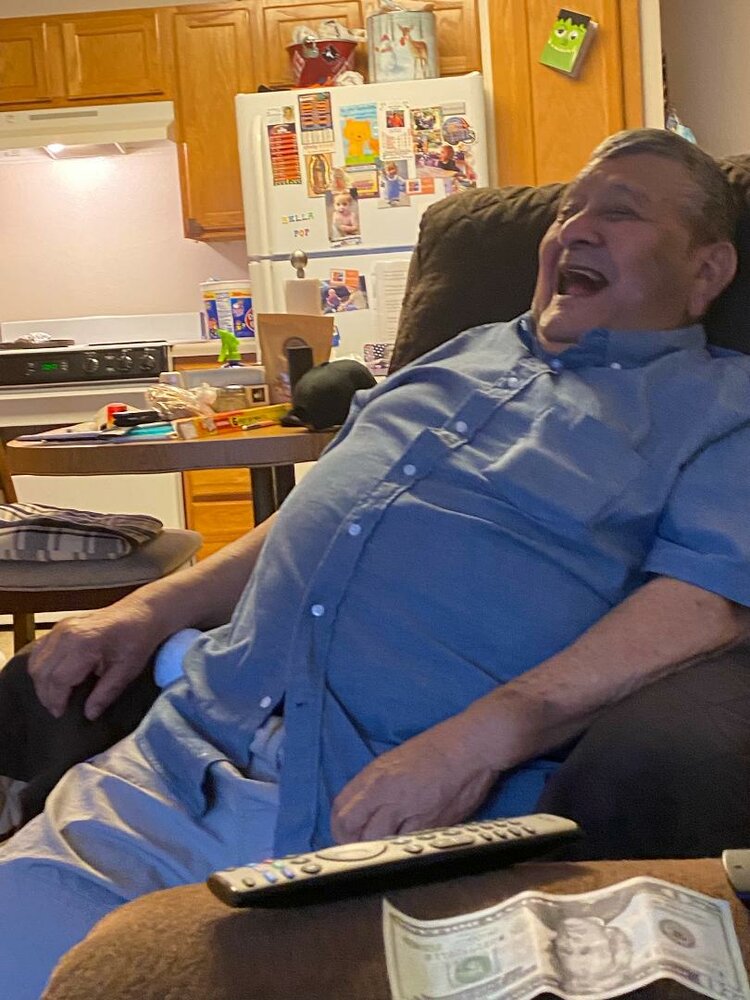 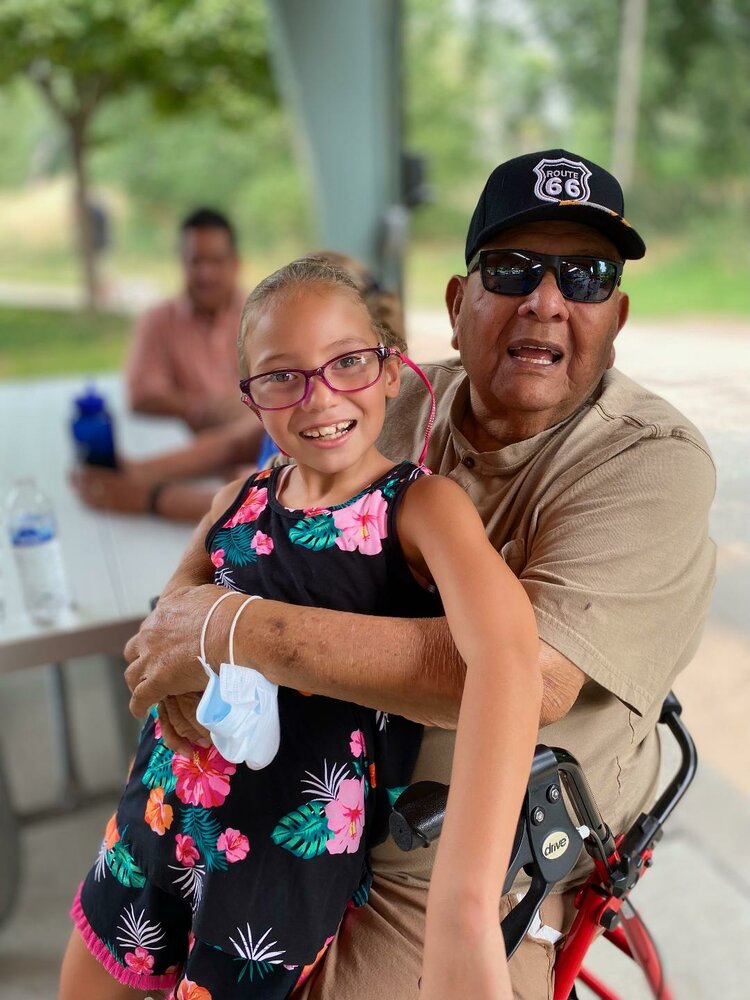 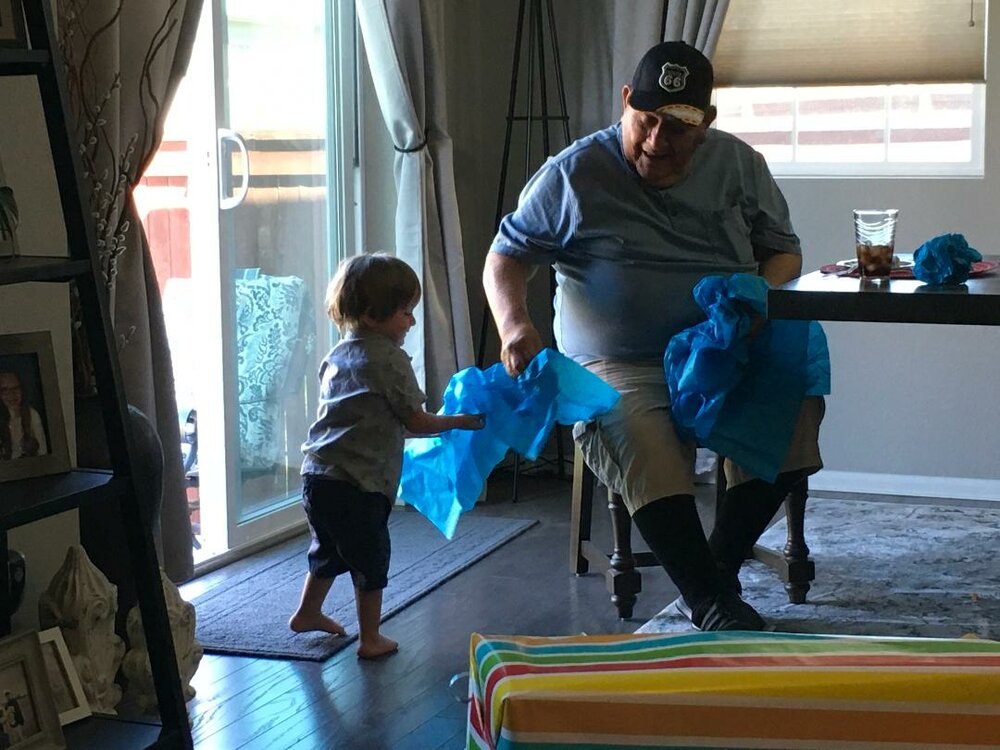 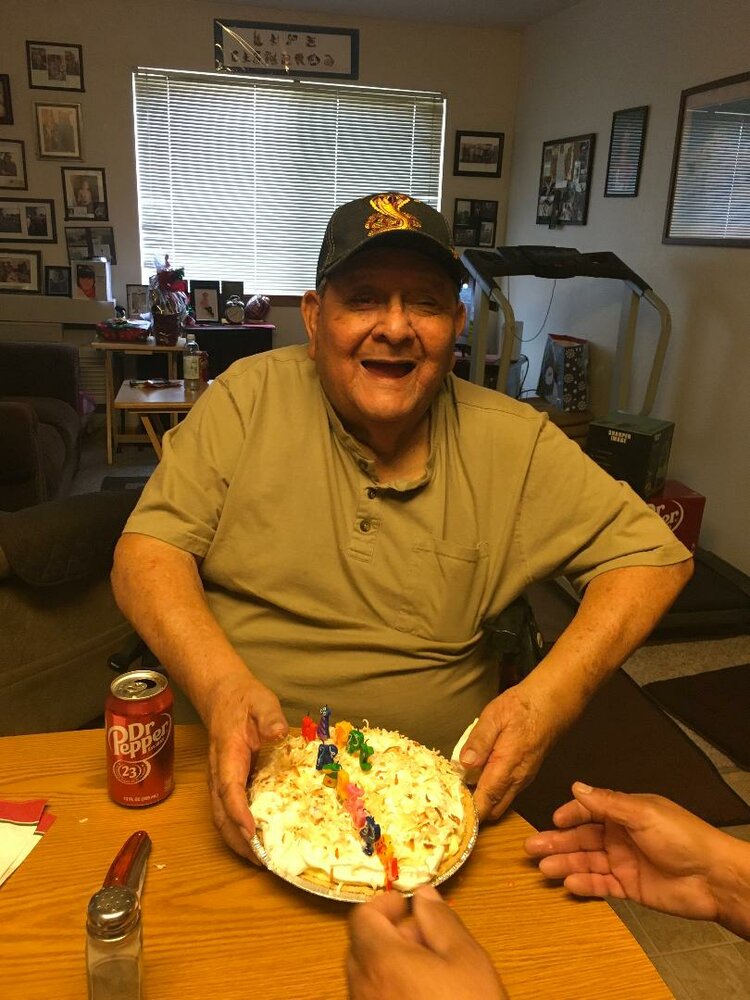 Guadalupe ‘Lupe’ G. Cisneroz, passed away on Tuesday, March 1, 2022 at the age of 84. After a short illness, Lupe died peacefully with his beloved children by his side.

Lupe was born in New Braunfels, Texas on December 25, 1937, to father Luis Cisneroz and mother Dolores Garcia. The only child, Lupe didn’t have the opportunity for much formal education. He helped out on his family’s working in the farm industry in his early years.

Married Mary H. Lopez ‘Luna and they had five children, he also had two children from a previous marriage and a step-daughter.  He moved his family to Colorado in early 1960’s and worked for Larimer County Roads and Bridges department for many years, then worked for the City of Loveland Streets Dept. and retired in 2002.  He had work ethic and desire to take care of his family.

Prior to retiring from the city, he established L&C Bar and restaurant in Greeley, CO.  He had a very successful business for twenty-five years before selling it in 2017.  Now Daniel, Fransecheka and Kaylen Miron will carry on the L&C Bar legacy.  They were like extended family to him.

Lupe was preceded in death by his parents and by his son Luis Cisneroz Jr. He is survived by his children Janie Appleton, Lucy Alvarado, Guadalupe Cisneroz Jr., Robert Cisneroz, Norma Cisneroz, Delores Ochoa, Dolores”Lolie” Cisneroz.

A private visitation for Lupe was held March 2, 2022 at the Viegut Funeral Home on 1616 N. Lincoln Street, Loveland, CO.

In lieu of flowers Memorial Contributions can be made to the American Heart Association.

To send flowers to the family or plant a tree in memory of Guadalupe Cisneroz, please visit Tribute Store
Saturday
19
March

Share Your Memory of
Guadalupe
Upload Your Memory View All Memories
Be the first to upload a memory!
Share A Memory
Send Flowers