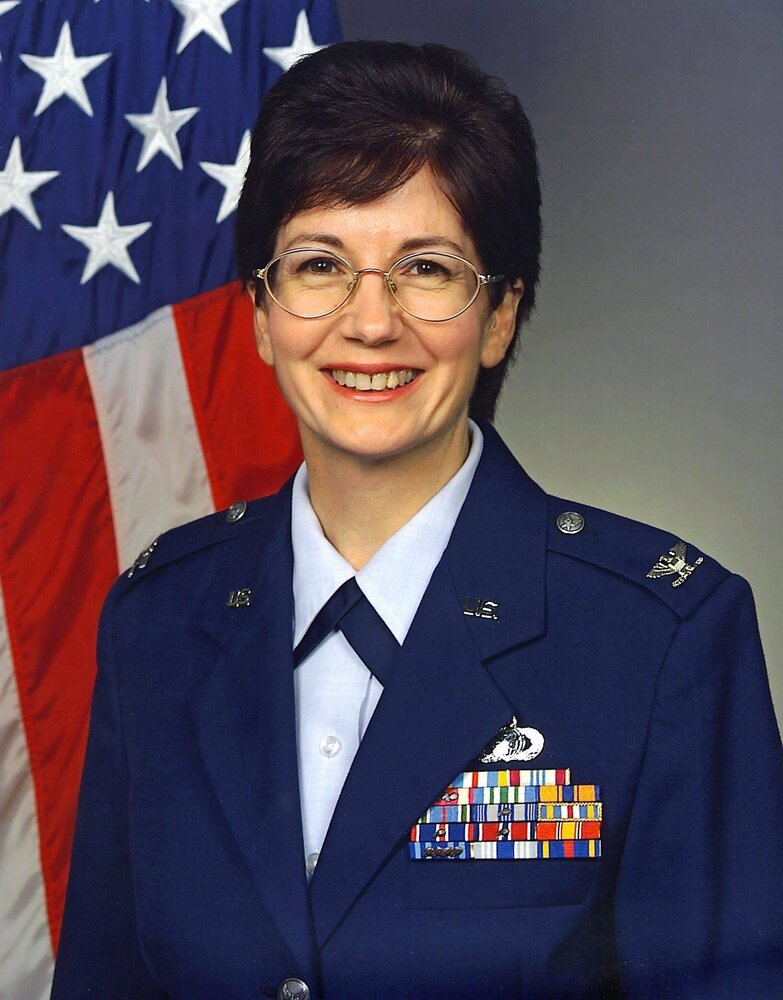 Retired U.S. Colonel Jeanette Minnich passed away on April 20, 2022 from cancer. She was born in 1956 to Sherwood and Arliene Minnich in north Hollywood, CA. Along with her brothers Bruce and Richard, she attended kindergarten through high school in Thousand Oaks, CA. In 1978 she joined the Air Force and began her adventurous journeys. Although she never had a formal bucket list, she did most everything she ever wanted to do. She was most proud of having a successful career and a wonderful family. She excelled in games such as Wordle and Words With Friends and was also highly competitive! She met the love of her life Don Ellis while teaching at the Air Force Academy in Colorado Springs, CO and became stepmother to Josh, Jared and Justin. A few years later Don and Jeanette had Venetia and Jonathan to round out the family.

During her life she was in many plays, several choirs, a few TV commercials, wrote articles for newspapers, and sculpted three bronze portraits. She also got to ride in a hot air balloon, a biplane, Lear jets, helicopters and watched a freefall parachute team jump off the ramp of a C-5 airplane. She always wanted to travel and over the course of her career she lived in the Netherlands, Germany, and Japan and visited 27 other countries. She leaves behind her beloved husband Don, otherwise known as “sweetheart,” her stepsons Josh (Valerie), Jared, Justin (Jen), her daughter Venetia and her son Jonathan (Abby). An anonymous donor sent beautiful bouquets from the date of her diagnosis which she enjoyed immensely. Due to family allergies, she requests no flowers be sent to the church. In lieu of flowers, donations may be made in her memory to First United Presbyterian Church, Loveland or Pathways Hospice Care.

To send flowers to the family or plant a tree in memory of Jeanette Minnich, please visit Tribute Store
Saturday
14
May

Share Your Memory of
Jeanette
Upload Your Memory View All Memories
Be the first to upload a memory!
Share A Memory
Send Flowers