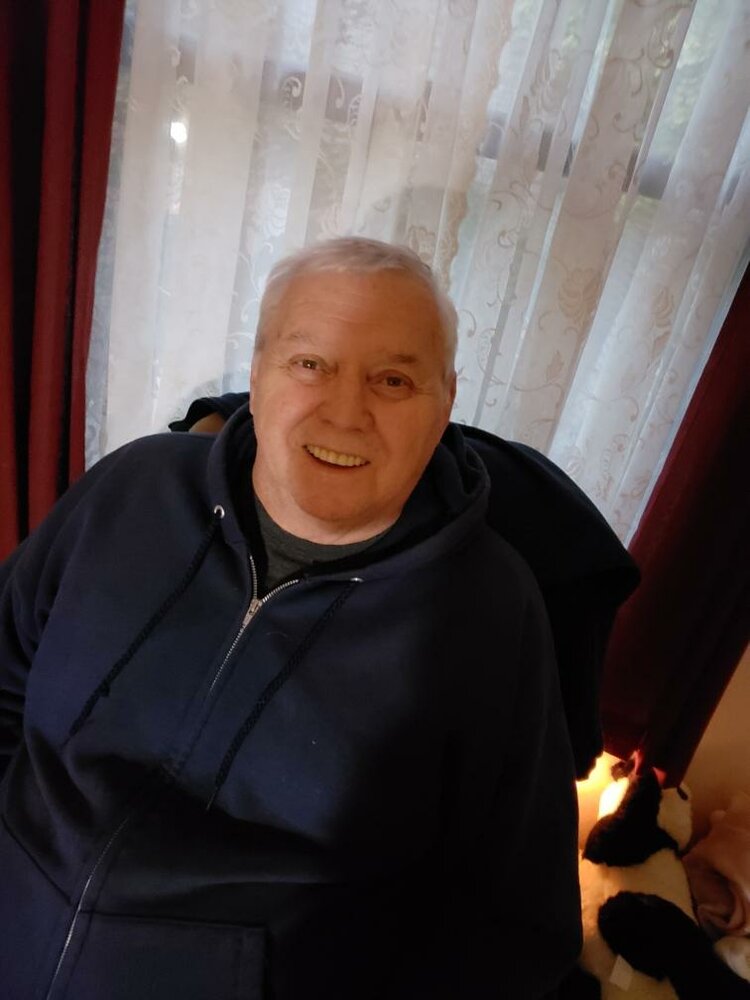 Michael Lee Stephenson, 69, of Loveland, Colorado died on May 1, 2022, at his home in Loveland, surrounded by his family. Mike was born June 12, 1952, in Guthrie, Oklahoma to Glen Lee and Sarah Irene Stephenson. Mike spent the first few years of his childhood in Oklahoma until his family decided to move to Loveland, Colorado in 1957. Mike’s dad, Glen “Lee,” owned a Conoco station in Loveland and later took over the Sinclair Station on East Eisenhower. Mike graduated from Loveland High School in 1969 and shortly after high school, Mike began a nearly 45-year career with KODAK in Windsor, Colorado, retiring in 2019.

Mike enjoyed a wide variety of activities, one of those being softball. He played softball as well as coached women’s softball at the Barnes Complex in Loveland, which led him to his future wife Janet Viegut. Mike and Janet were married in January of 1985 and celebrated 37 years of marriage this past January. As they began their life together, Mike welcomed his son Christopher to the family and later his daughter Jillian.

Mike, Janet, and the kids went on many family vacations to a variety of destinations in the US. Mike was an avid race fan, enjoying NASCAR, Indy Car, and drag racing. Mike owned his own race car for a period, racing at the Colorado Speedway in Dacono Colorado. His excitement for racing continued through all these years and enjoyed attending the Drag Race Nationals at Bandimere Speedway in Morrison Colorado with his son Chris. Mike was a Denver Bronco fan and a Rockies fan and became a Colorado Eagle fan after his daughter, Jill, made the Dance Team as a Colorado Eagle Chick. Mike was very proud of Jill and enjoyed many Eagle’s games. He was even more proud when he became a grandfather. When Melaina Irene Luzon was brought into this world Mike could not have been happier. Mike spent as much time with Melaina as he could. They shared donuts together and Melaina went on several camping trips with her grandparents. Melaina affectionately called Mike “Pawki”.

He also enjoyed slot car racing, model cars, and 4-wheeling.  Mike had a great knowledge of cars and was able to tell you the year and make by just the fender. He was also quite the history buff, visiting many historical sites throughout the United States.

Of all the things that Mike enjoyed, his absolute favorite pastime was spending time with his wife Janet. Mike and Janet experienced a myriad of adventures together from quick and easy trips to Estes Park, long camping trips in their camper and visiting all the amazing sites Colorado had to offer. Some of the smallest adventures were their greatest adventures.

Mike was diagnosed with small cell lung carcinoma in January 2020. After a couple of years of chemo treatment and a moment of remission, the cancer became too strong for modern medicine. At that time Mike made the decision to discontinue chemo treatments and live out the time he had left with his wife, children, and granddaughter, free of chemo sickness.

A short memorial service will be held on Friday, May 13, 2022, 2:00 pm at Viegut Funeral Home with a reception following in the Viegut Funeral Home Reception Center. Mike was not particularly fond of dressing up so casual attire is appropriate. At Mike’s request, he has been cremated and his remains will be scattered by his wife and children at a later date.

So many friends, family, and medical professionals have provided so much support to our family over the past years. Your care and compassion have been appreciated every step of the way. From the bottom of our hearts, Thank you.

To send flowers to the family or plant a tree in memory of Michael Stephenson, please visit Tribute Store
Friday
13
May