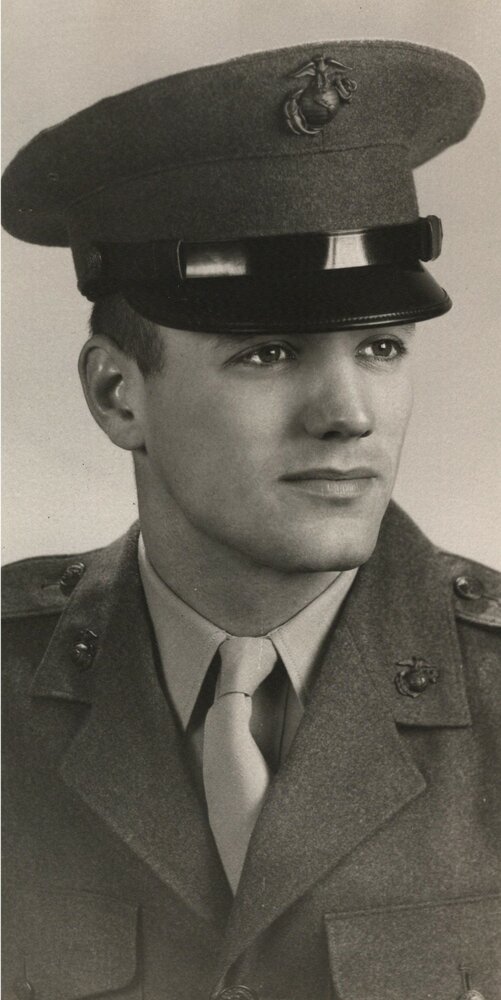 James Morey Eller died at home in Loveland, Colorado on May 5, 2022 with his wife and several children at his side.

He was born in Terre Haute, Indiana on July 21, 1939 to Cleo Hershel Eller and Winifred (Peggy) Morey. He had one sister Hannah Lee Eller (Purcell).

Jim graduated from Wiley High School (class of 1957) with membership in the National Honor Society. After graduation, he attended Indiana State Teachers College. One year into studies he decided it was not where he wanted to be, so he joined the Marines. Out of boot camp Jim was assigned to 1st Composite Radio Company, a classified intelligence company.

Jim accepted a job with Hewlett-Packard in Loveland, CO. He designed electronic instruments/computers in the emerging computer industry. He continued his education at Colorado State University (for business and electrical engineering) and at the University of Colorado (for experiential education). Jim worked 32 years for HP.

After retirement Jim joined the Larimer County Sheriff’s Department as a volunteer deputy sheriff. He also volunteered to drive Veterans to their appointments in Cheyenne and Denver. He joined the Marine Corps League in Laporte, Colorado and participated in parades and events to perpetuate the history of the United States Marines Corps.  Oohrah!

Jim was a proud member of the Fort Collins Military Honor Guard. He participated in military funerals to honor fellow veterans with a dignified military funeral ceremony, including 21-gun salute, folding and presenting the United States burial flag, and playing Taps.

He wore a uniform many times in his life – as a Cub Scout, Eagle Scout, Explorer Scout, Marine, Volunteer Deputy Sheriff, and as a member of the Marine League, Competitive Shooting, Martial Arts, and Honor Guard. He was a proud and honorable man. Jim’s father would always say, “What have you done with my name?” I believe Jim did him proud.

As a youth, Jim sang second tenor in a quartet. He enjoyed singing and dancing. He met his present wife Pamela Dyer ballroom dancing. They danced until he could not anymore. Do you believe in LOVE at first sight? They did.

Jim’s great joy was his children and grandchildren. Jim was married to Jane Montgomery and blessed with seven children and fourteen grandchildren.  Jim is preceded in death by his parents and sister. He is survived by his wife Pamela and children, Rebecca (Steve) Every, Sam (Michelle) Eller, Rachel (David) Joiner, Ruth (Ryan) Thomas, Mary (Ken) Conte, Anna (David) Howell, Sarah Eller (Mike Verbit) and his stepchildren, Aaron Pollock and Christi (Eli) Otero.

In lieu of flowers please send donations to Viegut Funeral home, 1616 North Lincoln Avenue, Loveland Colorado 80538. All donations will be sent to the Marine Honor Guard in Jim’s name. A celebration of life is scheduled June 4th at 10:30 am at Viegut funeral home.

Written by Jim and Pam

To send flowers to the family or plant a tree in memory of James Eller, please visit Tribute Store
Saturday
4
June

Share Your Memory of
James
Upload Your Memory View All Memories
Be the first to upload a memory!
Share A Memory
Send Flowers