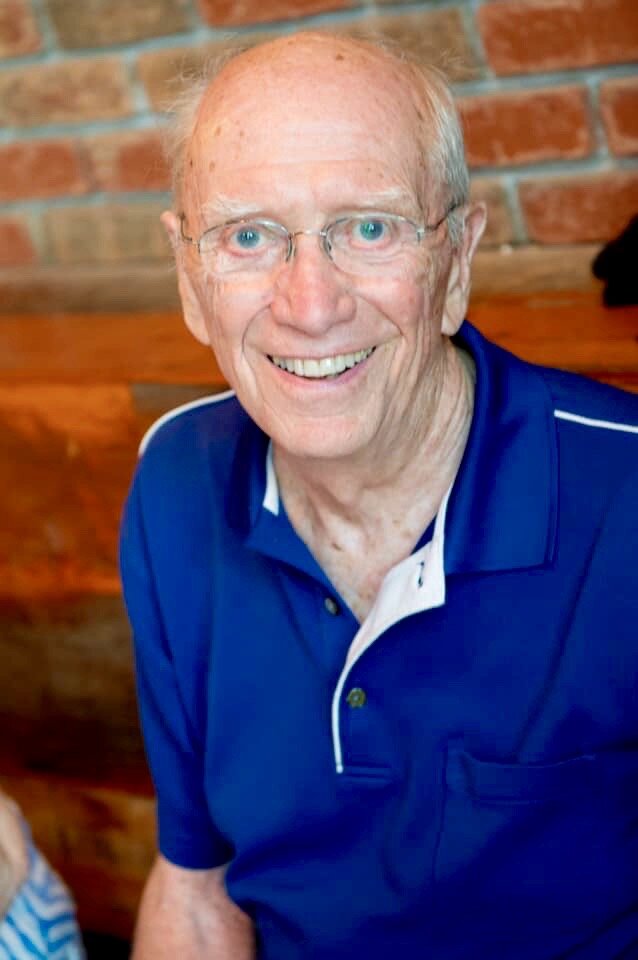 Delbert ‘Del’ E Hope died at age 84 in his home in Edmond, Oklahoma on May 22, 2022. Del was born March 26, 1938 in Fort Collins, Co to William Earl Hope and Lois Howe (Burnett) Hope. He spent his childhood living in Loveland, Estes Park and graduated from Fort Collins High School in 1956. In June of 1958 he joined the Air Force and in May of 1959 was commissioned as a Second Lieutenant as a navigator. He was assigned to Strategic Air Command in California where he underwent bomberbadier training. After that he completed survival training in the Sierra Nevada mountains in February; he said it was ‘damn cold’. After crewing on B-47s, he decided he wanted to be in the pilot’s seat and applied for training and was accepted. He earned his pilot wings in 1965 and was assigned to fly cargo planes.

Del said the highlights of this career were the trips around the world supporting American embassies in the Philippines, Thailand, India and Spain. In 1967, after two years of flying support missions around the world, Del was reassigned to Korea.  He spent a 13 month tour flying missions in and out of Vietnam at one point carrying the American Ambassador to Korea and the Korean Prime Minister on board. During his tour in Korea he decided to resign his commission. Given that he still had three more years to complete his commitment, he thought the Air Force would find some ‘hell hole’ to assign him. Instead they offered him a chance as an exchange officer with the Royal Air Force in England which he said ‘was the best assignment a person could have in the Air Force.’

After completing his Air Force career, he returned to Loveland where he worked with his father, Earl, at Hope Realty and went to school to become an architect. With a family to support and the financial unreliability of selling real estate he chose to work for the Federal Aviation Administration at the Denver Air Traffic Control Center in Longmont. After finding that Denver Center was too stressful, he chose to transfer to Flight Service at smaller airports. Del worked for Flight Service for the rest of his career and retired from the FAA Academy in Oklahoma City in 1995.

In January of 1984, while on a six week training at the academy in Oklahoma City, he met Linda and they fell in love immediately. He requested a permanent transfer to the academy and they were married September 8, 1984. Del and Linda stayed in Oklahoma until he retired in 1995 at which time they eventually moved back to his beloved Colorado, and lived in Loveland until December 2021.

Retirement gave Del the opportunity to pursue his love of photography that his mother bestowed upon him. He was part of a gallery in Estes Park and never seemed to run out of ideas or energy. Del and Linda traveled as often as possible, usually to places that would have something interesting to photograph. They would also visit family on a regular basis.

Services will be held on June 13 at 1:00 pm at Viegut Funeral Home in Loveland, Colorado followed by interment services and military honors at Grandview Cemetery in Fort Collins.

To send flowers to the family or plant a tree in memory of Delbert Hope, please visit Tribute Store
Monday
13
June

Share Your Memory of
Delbert
Upload Your Memory View All Memories
Be the first to upload a memory!
Share A Memory
Send Flowers