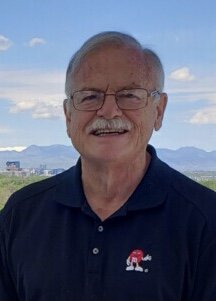 Gene was born May 25, 1950, to Eugene Lowell Webb Sr. and Margaret Ellen Bethel in Rotan, Texas. He moved to Fort Morgan at the age of 7 and graduated from Fort Morgan High School in 1968. While in high school he met the love of his life, Judy Wells, and they married December 18, 1970.

He attended North Eastern Junior College, then the University of Northern Colorado, where he graduated with a Bachelors of Social Science with an emphasis in Anthropology and a teaching certificate in 1973. He also graduated from the Denver Paralegal Institute in 1993.

Gene worked in management at Walgreens most of his career and retired from Colortex in sales in 2012. In retirement he became a Certified Naturalist with Larimer County and a nature hike tour guide. He also gave fireside presentations for both children and adults. Gene felt peace, praise and communication with his Lord while walking and hiking in nature and in the mountains.

He was an avid reader and had the uncanny ability to remember everything he read. He was highly intelligent and often knew more than most experts and could answer just about any question he was asked.

Gene had a unique personality and a no-nonsense approach to life. His family appreciated the way he always spoke his mind.

He especially loved his dogs and had three throughout his adult life: Heidi, Baxster and Shelby. Gene felt God’s love through the unconditional love of his dogs.

He was fully devoted to his wife Judy and they celebrated their 50th anniversary in 2020 with their children and grandchildren. He lived a life unwavering in his convictions, true to his commitments and in service to his wife, children, grandchildren and dogs.

He is also survived by his brothers, Robert, Jack and Kenneth (Gloria) Webb, sister Barbara (Bruce) Seilaff and numerous neices and nephews.

He is preceded in death by his parents, Eugene and Margaret and his sister Mary Anne.

Memorial gifts may be made to Larimer County Humane Society to benefit rescue dogs in Care of Viegut Funeral Home. Please include “Gene Webb Memorial” on the donation.

Link for livestream of Gene’s service:

To send flowers to the family or plant a tree in memory of Eugene Webb Jr., please visit Tribute Store
Wednesday
29
June

Share Your Memory of
Eugene
Upload Your Memory View All Memories
Be the first to upload a memory!
Share A Memory
Send Flowers