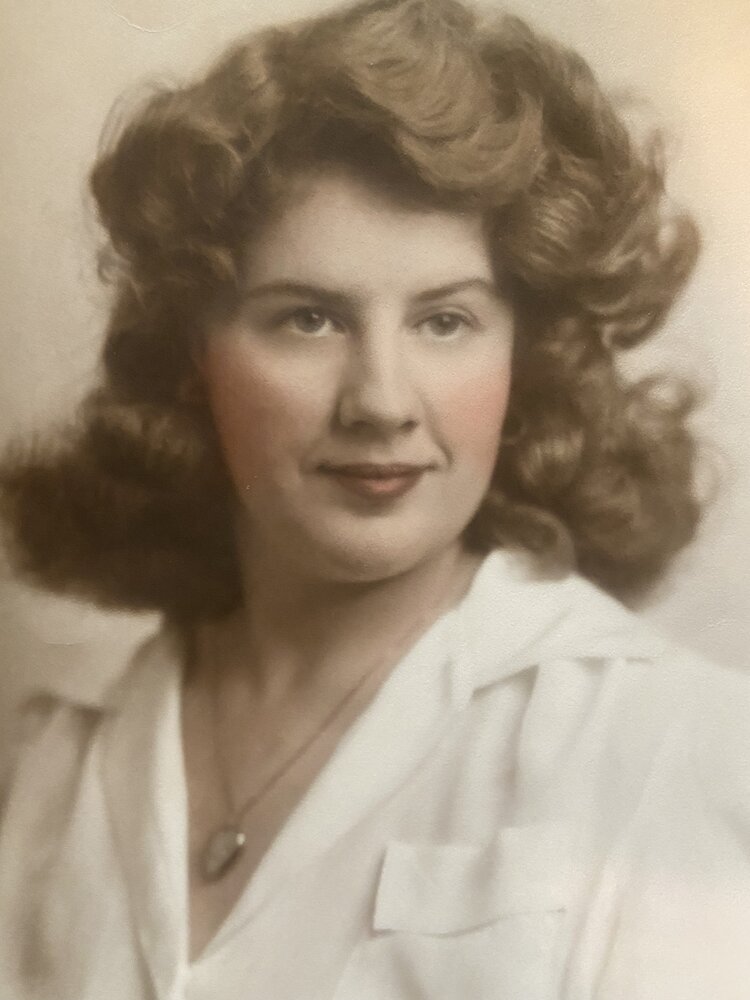 Marion Esther Mitchell Whittemore was born on December 7, 1924, in Cambridge, New York to Anthony Mitchell and Florence Estelle Sheldon. She grew up in West Pawlet, Vermont and attended and graduated from Granville High School in 1942. Her family moved to Connecticut for jobs during World War II and she worked for a period of time at Scoville Manufacturing in Waterbury, Connecticut helping to produce war munitions. She attended Albany Memorial Hospital School of Nursing in Albany, New York, graduating as a Registered Nurse in 1947. During that time, she met her future Husband Ralph.  Ralph worked as a bus driver for the Red Line Bus Company that Marion used to commute from school in Albany to her home in Waterbury. They fell in love and after she graduated, they decided to leave Connecticut and drove cross country to Reno, Nevada where they were married on February 28, 1948. Their stay was shortened by the death of her Father-in-Law back in Hartford Connecticut. They moved back to Connecticut and Marion began working as a registered nurse in the emergency room at Saint Francis Hospital in Hartford, Connecticut. Their Son Lee was born in 1952 and their Daughter Lynn in 1954. Shortly after her birth, they decided to move out of the city to a more rural setting and bought a home in Collinsville, Connecticut. They raised their children and resided there for the next 25 years. In 1978, Ralph retired from Pratt & Whitney Aircraft after 30 years and Marion retired early at the same time so they enjoy their retirement together. They sold their Connecticut home and moved to Pawlet, Vermont to their chalet on the hill and began to live there full time. They stayed there until 2003, when they decided to move to California to be closer to Lynn in the sunny climate of Southern California. Ralph passed in 2005 and Marion decided to stay in California. She stayed fairly healthy well into her 90s. Because of Lynn’s caregiving, she was very cognizant and physically active right up until the last 3 weeks of her life. She passed peacefully in her sleep on June 18, 2022 with her daughter Lynn by her side comforting her.
She was preceded in death by her Husband Ralph, Parents Anthony and Florence Mitchell, an older Brother Howard and his Wife Frances, and her younger Brother Floyd and a Stepson Robert Whittemore. She is survived by her Son Lee and Wife Anisa, her Daughter Lynn, Step Daughter Patricia Marr, Grandchildren Katherine Lee Mininger and Husband Joshua, Great Grandchildren Jackson, Elliott, Levi and Claire, Grandson Derek Whittemore and Wife Michelle, Great grandchildren Thea, Judah and Adelaide, Grandson Ian and Wife Ally, Great grandchildren Emily and Zoe, Granddaughter Elise and her Fiancé Layne, a Sister in law Ruth Mitchell, Nephews Floyd Jr, Mark,  Phillip and niece Patricia, step Granddaughter Kendra, Husband Chase, step Great Grandsons Maverick and Colt.
Marion was a very loving and devoted Wife and Mother, a hard working compassionate nurse and a true friend to many people in her life. She and Ralph traveled to many places and could boast of friends from around the world. Many people came to visit them in their home in Vermont and were always made to feel welcome. At home with Lynn, she would take daily walks around the park and easily made friends with her neighbors. One of Marion’s early favorite sayings was, “never rest until good is better and better is best.” A silence breaker was, “now back at the ranch”, and if it was taking a while too long to get ready to go somewhere, she would joke about “moving like a herd of turtles”. Marion will be greatly missed and we rejoice in the fact that she is together with loved ones again. We are so grateful for the years that she was in all of our lives. Rest In Peace Marion.

To send flowers to the family or plant a tree in memory of Marion Whittemore , please visit Tribute Store

Share Your Memory of
Marion
Upload Your Memory View All Memories
Be the first to upload a memory!
Share A Memory
Send Flowers