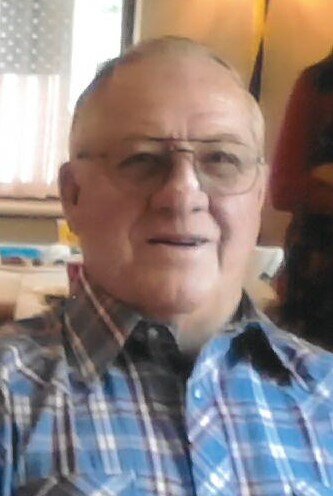 Darrell Glenn Viegut was called to home on July 21, 2022 at the age of 88.  Darrell was born to Emil and Marjorie Viegut in Deer Creek Wisconsin. He was the middle child of 15 siblings, 4 boys and 11 girls.  Darrell learned to be a hard worker at a young age helping with the family farm. At the age of 17 he left the farm and joined the US Air Force. There he served as a gunner with the 13th Bomb Squad during the Korean War. While he was stationed at Lowery Air Force and during leave he met his future wife Bernice Hester at the store up on Trail Ridge where she was working.  They were married for 65 years and resided in Loveland. They have 3 children, David Viegut, Janet Stephenson and Diane Viegut (deceased) all of Loveland. Darrell and Bernice also served as foster parents for 10 years opening their home to 52 children.

Darrell was a jack-of-all trades. He worked for Hewlett Packard for several years, was a reserve police officer, volunteer fireman, owned a small engine repair business and bicycle shop and also owned a locksmith business. Upon retirement Darrell and Bernice built a beautiful log home in Red Feather Lakes.  Darrell was an avid fisherman, coached Little League Football and spent may weekends enjoying camping trips with the family.

Darrell lost his loving wife in 2020. The day of his death would have marked their 67th anniversary. Darrell is survived by his children David Viegut of Loveland, daughter Janet Stephenson of Loveland. grandchildren Jason, Jenny (Michelle), Trinity, Tarik and Teale Viegut, Christopher (Todd) Stephenson and Jillian (Eddie) Luzon. Great grandchildren Kyndall and Peyton Viegut, Melaina Luzon and Adalynn and Tyler Viegut. As well as several nieces, nephews, brother and other relatives.  He is preceded in death by his wife Bernice, daughter Diane, son-in-law Michael Stephenson and several of his siblings and parents.

Services will be held at Mount Olive Luthran Church on Tuesday July 26th at 10:am.  Burial at Lovleand Burial Park to follow.

To send flowers to the family or plant a tree in memory of Darrell Viegut, please visit Tribute Store

Share Your Memory of
Darrell
Upload Your Memory View All Memories
Be the first to upload a memory!
Share A Memory
Send Flowers