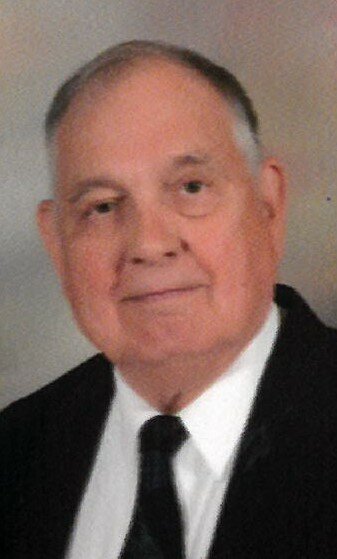 Jerry Wayne Baer, 83, of Loveland, Colorado passed away at home on August 7, 2022 after extended health issues. He was born August 17, 1938 in Van Wert Ohio, the 13th child of Logan Ray and Pearl Agnes (Strohl) Baer who both proceeded him in death. He graduated from Van Wert High School in 1957 and on January 19, 1963 he married D. Rosemary (Lippi) Baer with whom he shared 59 years of adventures and memories.

After his undefeated seasons as quarterback for the Van Wert High School Cougars football team, Jerry attended Muskingum College and was in the Fort Wayne Indiana Air National Guard for a short period of time. He attended American Flyers in Ardmore, OK obtaining flying licenses. He was a member of the American Legion and a 60 year member of the Van Wert, Ohio Elks Lodge.

Jerry’s passion in life was flying. Starting at age 14 in his hometown airport washing airplanes in exchange for flying lessons, Captain Jerry Baer retired after 35+ yrs. of service with United Airlines flying at least 7 of their fleet of planes and ending with the Boeing 747-400 in 1998. He also served on committees including the UAL Training Center for the benefit of his fellow pilots. During his tenure as a commercial pilot, he traveled the world, many trips accompanied by his wife.  Upon retirement, Jerry and Rosemary continued their love of travel by motorhome, cruise ship and tours seeing every continent except Antarctica.

Jerry was a football fan, especially of the Denver Broncos and Ohio State Buckeyes.  He was a hunter and an avid fisherman, instilling in his family the respect and love of the outdoors. Jerry spent much time hunting and fishing in Colorado with his sons and pilot friend. After retirement, Jerry especially looked forward to his annual fishing trips to Canada with his ‘buddies’ from all over the USA. Jerrys highest priority was providing every need for his family and friends. Everyone will remember his many stories with the twinkle in his eye.  Jerry is sadly missed and will be long remembered by those who knew and loved him.

To send flowers to the family or plant a tree in memory of Jerry Baer, please visit Tribute Store
Share Your Memory of
Jerry
Upload Your Memory View All Memories
Be the first to upload a memory!
Share A Memory
Send Flowers