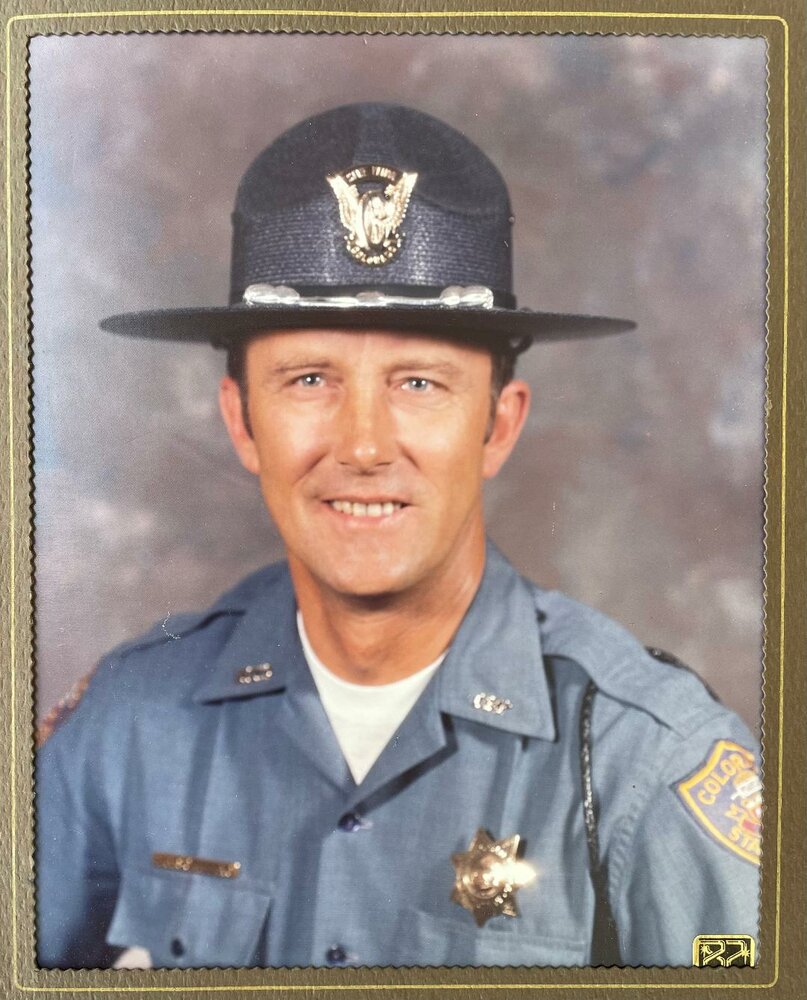 Phil Schilling, born December 4,1937 in Lewiston, ID, and lived in Pomeroy, WA. He was the first of five children and lived in Pomeroy until he graduated from high school.  He attended college at Washington State University where he studied criminology, but decided to enlist in the US Marine Corps.

On a break from college he visited his uncle Phil in Colorado  where he met and fell in love with Colleen Buckley.  They were married on September 4, 1961 in a snowstorm that left three feet.  He was stationed at Camp Pendleton and in Hawaii for his tour of duty in the Marine Corps. Upon his discharge he went to work for the Colorado State Patrol in Golden as an Intermediate Typist.  He was a member of Class 63-2 and was assigned to Loveland upon graduation.  He served  his entire career in Loveland, was promoted to Technician in July 1974, and retired as a Corporal in 1996.

He is preceded in death by his parents Clarence and Cecilia Schilling, his youngest brother Chuck, his sister Mary, and his brother “Bud” Schilling.

He is survived by his wife of 61 years, Colleen.  His son Mickey and his wife Kaylene, grandsons Sean and Ryan. By his daughter Arleen. And by his pups Mitzi and Scamp.

To send flowers to the family or plant a tree in memory of Phillip Schilling, please visit Tribute Store
Tuesday
13
September

Share Your Memory of
Phillip
Upload Your Memory View All Memories
Be the first to upload a memory!
Share A Memory
Send Flowers