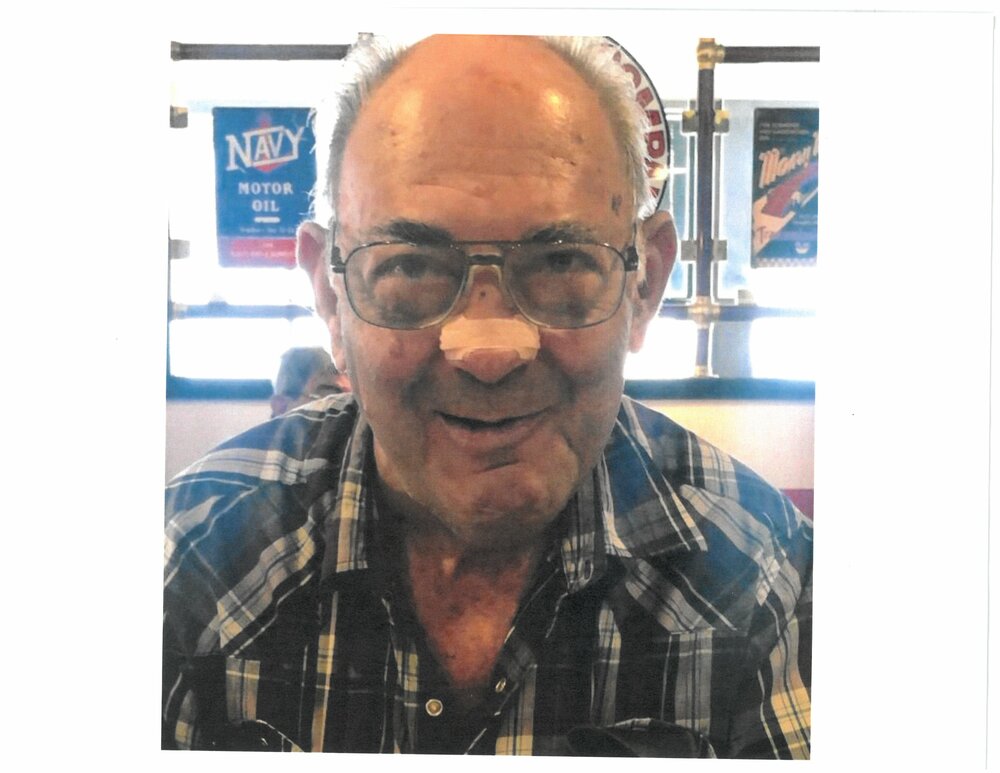 Elmer Gerald Froman, age 78, passed away on September 4, 2022, at Poudre Valley Hospital in Fort Collins, Colorado. Elmer was born March 9, 1944, in Akron, CO, to Elmer Lee Froman and Leotta Mary Perrin. Elmer married Rosalee Maxine FLint and had two daughters. Mary Jean was born on December 31, 1962, and Connie Jo was born on September 1964. Elmer and Rosalee later divorced. Elmer always maintained conact with Rosalee and later role modeled fatherhood/mentorship to Roselee's son Timothy Lee and claimed him as his own son. In the 1980's, Elmer achieved a treasured accomplishment of obtaining his General Education Diploma in which was a proud day for him. Elmer grew up learning auto mechanics from his father and worked in this field all of his life.
Elmer loved spending time with family and friends, walking his dog Babe by the river and eating homemade meals prepared by his daughter's. ELmer enjoyed having coffee with Timothy and shooting the breeze. Elmer's last residence was in Big Springs Nebraska and he enjoyed living in the small rural town and meeting up with his friends at Grandma Max's Restaurant or occasionally at the Tavern. Elmer made many friends in Big Springs, ELmer's last place of employement was at BnJ Salvage, working for Butch in which he became a dear friend. Elmer had a great appreciation for his landlord Michelle who rented him a home for only $200 a month for a multiple years, who does that now a days.
He was preceded in death by his parents Elmer and Leotta, Rosalee and a great granddaughter Taylor.
He is survived by his daughter's Mary Jean Loos, Connie Jo Moin and son Timothy Lee Billeter. He is survived by his brother Allen Froman and his wife Odrie Froman, brother LeRoy Froman and his wife Esther Froman and sister Joan Kilpatrick and her husband Barry Kilpatrick.
Elmer had 8 grandchildren; Angela, Genni, Chad, Derek, David, Coy, Xenia and Shelley.
Elmer has 9 great grandchildren; Michael, Molly, Duncan, Jacob, Maxwell, Carter, Kensinton, Ryssa and Audie.
Elmer has 2 great great granchildren; Oliver and RJ.
Elmer's nephew and nieces, David, Joanna, Phoenix, LeRoy Jr., LeRoy III, Alicia, Taylor, Cecilia, Brad, Carrie-Lynn, Jason, Connor, Chloe, Shane, Susan, Wesley and Noah.
Anyone who ever met Elmer was sure to receive a strong handshake, hug or smile with a crinkle in his eyes. And if you were his waitress or nurse, you received a hard time with his joking and flirting, but that's what made him special. Elmer was an experienced mechanic and was always ready and willing to help those in need with low to no cost auto repairs. When growing up Elmer enjoyed taking his siblings sledding across the snow with a sled made from an old car hood. Elmer had many dogs over the years and cared for them like they were his children. Elmer lived a very simple life and liked it that way. He enjoyed watching all the old western movies and the news.
Elmer will be surely missed by ALL here on earth however our Memories and Love shall remain forever.

To send flowers to the family or plant a tree in memory of Elmer Froman, please visit Tribute Store

Share Your Memory of
Elmer
Upload Your Memory View All Memories
Be the first to upload a memory!
Share A Memory
Send Flowers