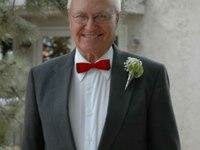 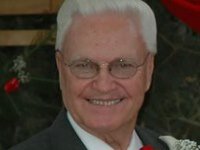 Wayne was born in Dix, Nebraska, to Effie and Rexford Graham. Wayne graduated from Dix High School where he enjoyed playing football, baseball, and basketball. After high school, Wayne started working at a garage in Kimball, Nebraska, where he met Vera Schultz. They began dating, and eventually were married at the Catholic church in Kimball. Wayne and Vera went on to raise their three sons – Gary, Rick and Mike and their daughter, Barbara. Wayne and Vera spent time in Nebraska, Illinois, Colorado, and Utah; and in 1982, they moved to Loveland, Colorado, where they continued to live until their passing.

Wayne served in the US Air Force for four years and was honorably discharged. After leaving the Air Force, he used his military benefits to go to school and become a hair stylist. Wayne owed two beauty salons for thirty years and was extremely successful. After retiring from his businesses, he became a superintendent for the Handy Ditch Company making sure the farmers got the water they needed for their farms.

During Wayne’s lifetime, he loved going fishing, camping, and his dogs. He would take his family on camping trips in the Colorado mountains and would teach his children how to fish. Wayne, also, was an avid Broncos fan and had season tickets for almost 50 years. He and his wife, Vera, never missed a home game and watched their favorite team on TV when the Broncos played away.

Once Wayne retired from Handy Ditch Company, he started volunteering as a singer in the Rhythm Singers of Loveland and as a member of the Heartbeats Band. Eventually, he became the director of both groups. He thoroughly enjoyed directing and participating in these groups. He took both groups to area nursing homes to entertain the folks residing there, and those residents loved it when the groups came to entertain them.

Wayne was proceeded into death by his wife, Vera; their sons – Gary and Rick; his parents – Effie and Rexford; his brothers – Don and Gene; and his sister, Betty.

Full military services for Wayne will be held at Fort Logan National Cemetery in Denver, Colorado on Thursday September 29, 2022 at 1:00pm.

To send flowers to the family or plant a tree in memory of Wayne Graham, please visit Tribute Store
Thursday
29
September

Share Your Memory of
Wayne
Upload Your Memory View All Memories
Be the first to upload a memory!
Share A Memory
Send Flowers