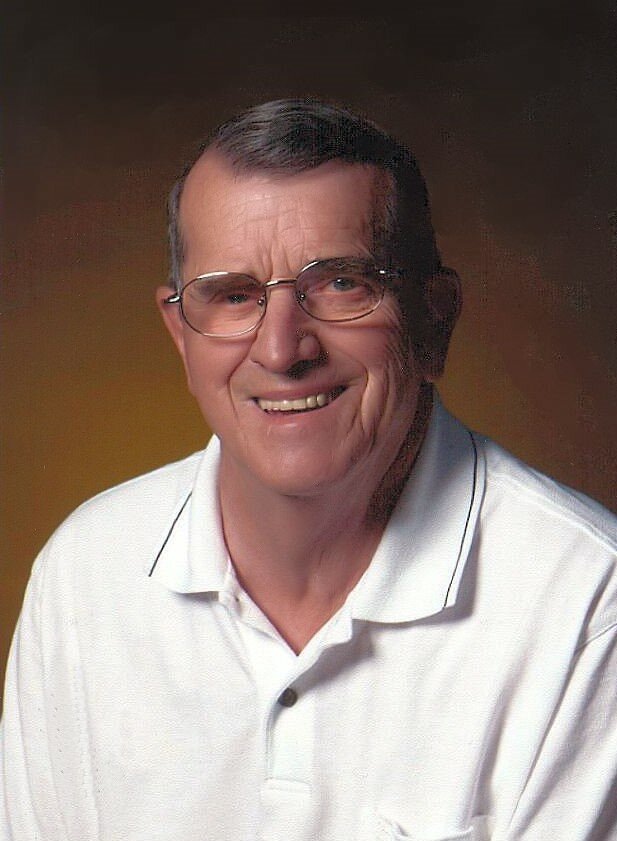 On Thursday, September 22, 2022, Stanley Milton Mohr passed away from cancer at the age of 85.

Stan was born October 8, 1936, in Ute, Iowa, the youngest of three sons born to John F. and Minnie (Freerking) Mohr. He spent the early years of his life in the small town of Ute until his family moved to a nearby farm when he was nine years old. On the farm, Stan learned the value of hard work, which served him well the rest of his life.

Growing up, Stan also demonstrated a creative and artistic talent; he took correspondence courses designed at sharpening his skills as a young, budding artist.

Stan graduated from Ute High School in 1954.  Shortly after graduating, he moved to Omaha, Nebraska where he worked a variety of jobs, including at the Book of Books store in Omaha, a church supply store owned by the American Lutheran Church.  While working there, the manager of the store offered to pay his tuition to art school, which Stan attended at night for two years until he graduated.  In turn, Stan began designing illustrations and signs for the store’s advertisements. Stan pointed to this experience, and the training that came along with it, as life changing.

Stan had a second life-altering event while working at the Book of Books store, when he began dating Miriam Kolm, a fellow employee.  At the time, Stan owned a Harley Davidson motorcycle that he prized.  After riding on the back of Stan’s motorcycle one evening, Miriam made it clear that if he wished to continue dating her, the motorcycle would have to go.  Of this ultimatum, Stan said, “well, what could I do?  I loved that motorcycle, but I also had a new love and it was Miriam!”  Needless to say, Stan sold the motorcycle.

As time went on, Stan gained the confidence to apply for jobs as a commercial artist.  His first job in that field was at Modern Litho in Omaha, where he quickly was installed as the head of the company’s art department.

After over six years of dating, Stan and Miriam were married on June 17, 1962 in Auburn, Nebraska.  Miriam’s father, Reverend Henry Kolm, officiated.

In May 1963, Stan and Miriam became parents with the birth of their son, Bryan. Almost four years later, their daughter, Jannine, was born. They were dedicated and loving parents.

Stan and Miriam decided to move their family to Colorado in July 1969 after taking several vacations in the Rocky Mountains.  Stan continued to find employment as a commercial artist and also learned the printing end of the business.  In his spare time, when not working on a project around the house, Stan explored his love of art through painting and sculpting.

On May 10, 1997, the Mohr family expanded when Bryan married Shirley J. (Moore) Schuler in Belleville, Illinois. It grew again in October 2010, when Miriam accompanied her daughter, Jannine, on her adoption journey to China.  On October 11, 2010, Stan and Miriam became the grandparents of Julia Ruth Song Mohr, a role they wholeheartedly embraced.

Stan’s last full-time employment was with Quebecor, Inc, a printing company based in Montreal, Quebec Canada.  After being retired for a time, Stan decided to go back to work part-time.  He ended up working at Loveland Good Samaritan, once again working with his beloved Miriam who was a long-time employee.  He ended his career there as a night-time security officer.  He said that working at Good Samaritan was the most rewarding job that he had, mainly because he enjoyed getting to know the residents so well.

Stan was one of a kind.  He seemed to be an expert at everything he did.  He had an excellent sense of humor, was a master storyteller, and had a gift for drawing people to him.

Stan was preceded in death by his wife of fifty-eight years, Miriam; his parents, John F. and Minnie (Freerking) Mohr; and his brothers John H. Mohr and Lester L. Mohr. He is survived by children Bryan (Shirley) Mohr and Jannine Mohr; granddaughter, Julia Mohr; sister-in-law Norma Mohr; and several nieces, nephews, and cousins.

For those who are unable to attend in person, the service can be accessed via Zoom: (https://us02web.zoom.us/j/81007308575?pwd=NC9VZ1czZFZ0VkVwT1EyRGxhSGFGdz09#success)

To send flowers to the family or plant a tree in memory of Stanley Mohr, please visit Tribute Store
Saturday
8
October

Share Your Memory of
Stanley
Upload Your Memory View All Memories
Be the first to upload a memory!
Share A Memory
Send Flowers