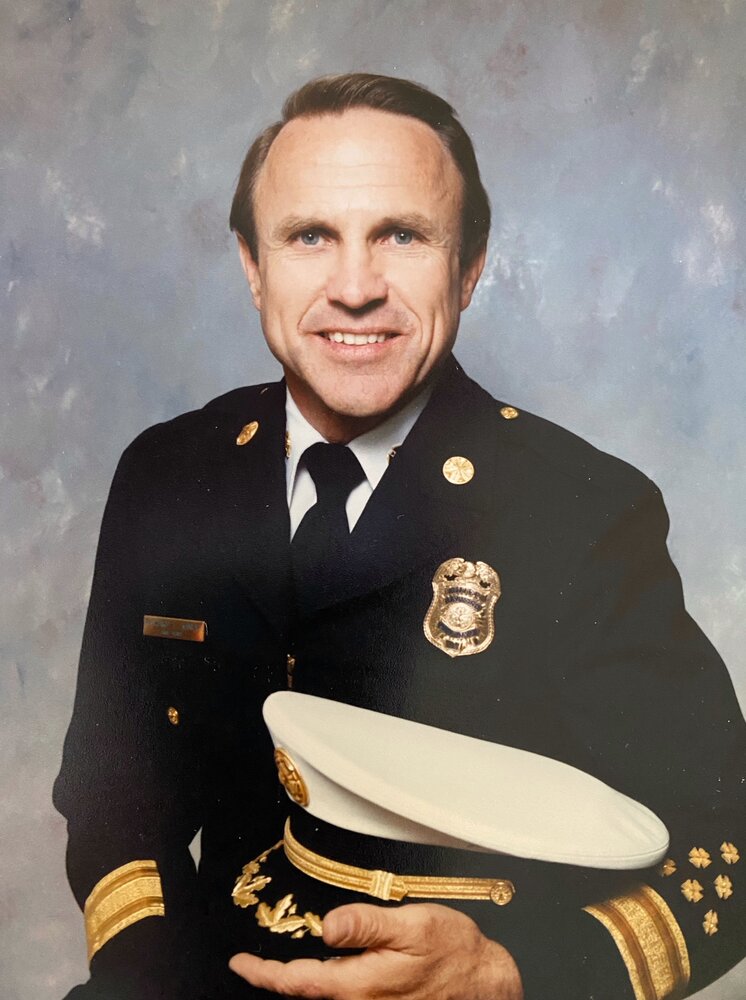 Richard was proceeded in death by his wife of 42 years, Lynn Minor.

Richard married Lynn on September 9, 1977 in Oxnard California. They bought their first home in San Louis Obispo, California. Later they lived in the city of Orange, California, Reno, Nevada and Hayward, California before settling down in Loveland in 1991, when he became the city’s first paid Fire Chief.

Richard started his career in the fire service in Santa Barbara, California in 1958 and went on to earn his degrees from the University of Southern California.

He was a Rotarian for many years and volunteered at the Rocky Mountain Raptor center.  He also brought cheer to many through the Therapy Dog program.

He loved to travel the world and meet new people.

Richard made a lasting mark on the lives of his many friends and colleagues, earning their respect and admiration.  He is loved and will be dearly missed.

Cremation has been conducted and an Open House Celebration of Life will be held on November 5th, 2022 at 11:00am at the Viegut Funeral Home Reception Center in Loveland, Co. In lieu of flowers, memorial contributions may be made to Pathways Hospice or charity of your choice.

To send flowers to the family or plant a tree in memory of Richard Minor, please visit Tribute Store
Print
Saturday
5
November