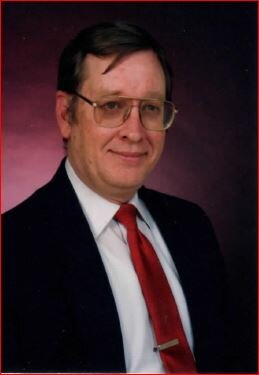 Melvin Richard “Stoney” Stonebraker fought a valiant fight against his cancer for much longer than he or we thought was possible but he went home, peacefully at his home, to the Lord and his awaiting bride, the love of his life, Jackie, on Wednesday, September 21, 2022.

He was born December 20, 1940 to Elmer Stonebraker and Ruby Walker Stonebraker in Oklahoma City, OK.  He graduated from U. S. Grant High School and directly enlisted in the Army after graduation.  He served our country from 1959 until 1965 and served until his honorable discharge.  While still serving our country, in 1961 he met Georgia Ann (Jan) Goudie and married in Alaska in 1962.  They then moved to Ft Collins, Colorado where he was employed by Woodward Governor in Ft Collins, Colorado.  After a few years, he landed a job at the new IBM facility in Boulder (Niwot), Colorado, in 1966 as a Systems Analyst.  He moved his family to Longmont to be closer to IBM, enabling him to continue his career there.  He and his wife, Jan, joined the Civil Air Patrol (CAP) where they were/are both active for the rest of their lives.  After his retirement from IBM, he took on several jobs to keep busy and supplement his income.  As always wanted to do better for himself and his family, he earned his Bachelor’s Degree in Computer Science from Regis University.

Several years after his divorce from Jan, he met Jacquelyn (Jackie) Peters Floyd during his time in CAP and they later dated and married on October 26, 2002. They made their home in Loveland, Colorado.  With their combined families, grown and growing, they built and lived a fulfilling and loving life together.

He was a man of many interests and talents including his family (at all levels), model rockets, his cats, traveling, piloting planes, coin collecting, firearms, motorcycles, cars, and CAP.  He achieved his highest rank as a Lt Colonel in CAP, which he took big pride in (as we all did).

Stoney is preceded in death by his parents, his beloved wife, Jackie, and his niece, Wendy Stonebraker Yetter.  He is survived by his brother, James (Jim) Stonebraker of Oklahoma City, OK, children, Sue Ann (Susan) Kirmaier (husband Mike) of Longmont, CO, Crystina  (Crys) Brigitte Kluth of Moses Lake, WA, and John Michael (John/Mike) Stonebraker (wife Brandi) of Brighton, CO, step-children Mark Floyd (wife Gloria) of Upland, CA, Tamara Pontier of Dallas, TX and Shawn Floyd (wife Tina) of Rowlett, TX, 10 grandchildren, 5 step-grandchildren, 6 great-grandchildren, 6 step-great-grandchildren, and many, many other relatives and friends, and we celebrate and give thanks for each and every one of them.

We reunite him and his forever love, Jackie, together in time for their 20th wedding anniversary.

Memorial service is set for Friday, October 21st, 2022 at 10am at the Viegut Funeral Home, 1616 N Lincoln, Loveland, CO.  Reception to follow service.  Internment at Foothills Gardens of Memory in Longmont after reception.

Let Us Celebrate the life, love, and legacy of Stoney!

To send flowers to the family or plant a tree in memory of Melvin Stonebraker, please visit Tribute Store
Friday
21
October

Share Your Memory of
Melvin
Upload Your Memory View All Memories
Be the first to upload a memory!
Share A Memory
Send Flowers