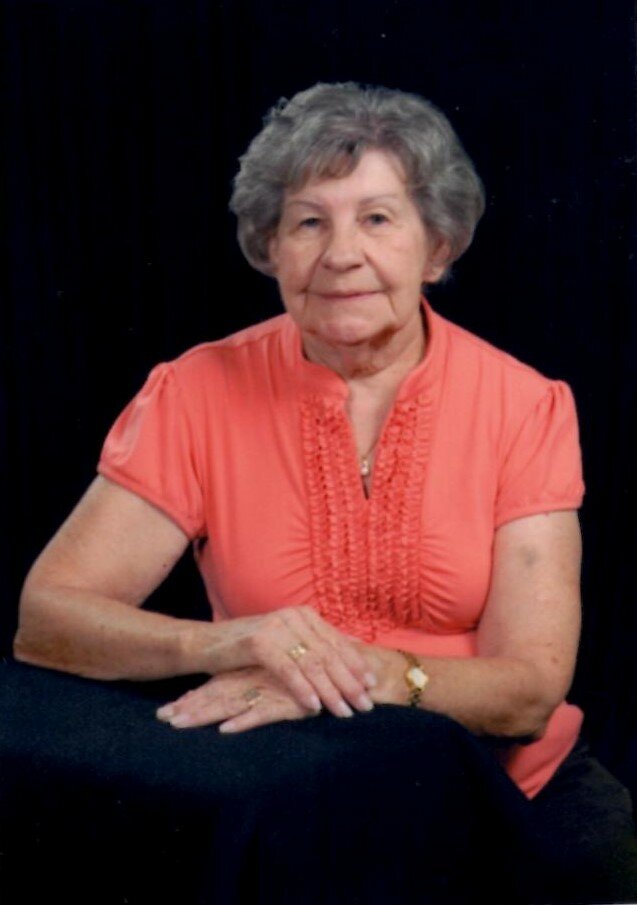 Geraldine (Gerry) LaVerne Bentley / Sanders, age 92, passed away peacefully on October 11, 2022.  She was born July 2, 1930 in North Loup, NE to Leon and Helen Sperling.  She grew up in rural Nebraska on farms until she went to business school in Lincoln, NE. where she met Robert (Bob) E. Bentley whom she married May 23, 1948. Bob proceeded her in death in 1991.  Gerry and Bob had 5 children, Norman (Diana), Cairo, NE, Robert L. (deceased 2015), Mark (Bonnie), Loveland, CO, Cindy Haag, Loveland, CO, and Donald (Shirley) Henderson, NV.  The family moved with Bob’s job to several towns in Nebraska, Missouri, and Colorado. The family settled in Loveland in 1961.  Gerry worked for Johnson’s Publishing until her retirement.  One of her greatest joys was celebrating family events.

After Bob Bentley passed, she found new love with Paul Sanders whom she married in 1992 and gained three stepchildren, Paula, Colorado Springs, Connie (Vince) Vaughn, Greeley, CO and Conrad (Pam), Sellersburg, IN.  Gerry and Paul were able to travel and see many places in her retirement until Paul’s death in 1999.

In her later years Gerry was able to continue traveling with family to New Zealand, Australia, Europe, Nicaragua, and many trips to Nebraska spending time with her siblings and their families.

To send flowers to the family or plant a tree in memory of Geraldine Sanders, please visit Tribute Store
Saturday
15
October

Share Your Memory of
Geraldine
Upload Your Memory View All Memories
Be the first to upload a memory!
Share A Memory
Send Flowers