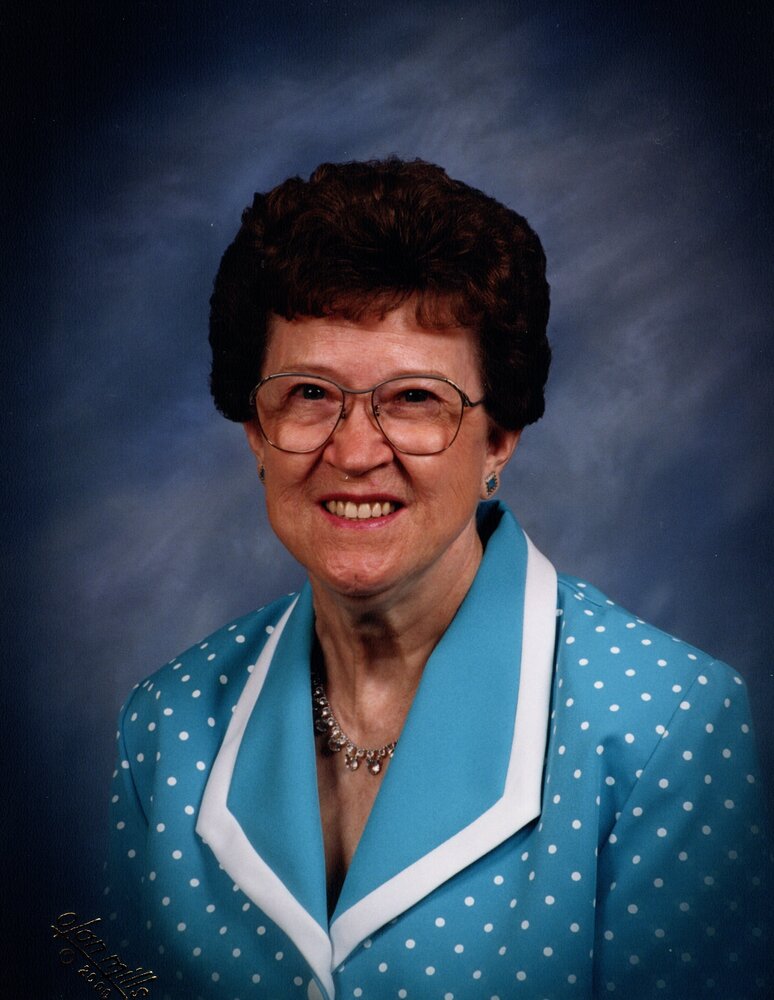 Delories Iona Berg Amundson was born Jan. 30, 1933, in Westbrook Township, Cottonwood County, Minnesota, on a farm owned by her grandfather Peter Berg just south of the family homestead. Her parents were Lawrence and Hanna (Hoff) Berg.
While the birth was at home during a snowstorm, it was attended by Dr. Patterson, who arrived in the hours before the birth and spent the prebirth time playing cards with Lawrence.
Delories, named with an odd spelling due to the superstition of her mother, was the third of three children born to the Berg household. Her older brothers were 10 and 8 years older than her.
She was baptized Feb. 22, 1933, by the Rev. E.S. Estrem and confirmed by the Rev. Leander Brakke at Trinity Lutheran Church in Westbrook. Her confirmation text was Luke 2: 41-52, the story about Jesus as a boy "being about my father's business" in the temple. Thus began a lifelong relationship with her faith characterized by daily attention to Bible reading and devotions, participation in church activities, attendance at church services and taking seriously the parental admonition found in the baptisms of her own children to "place in your child's hands, and on their hearts, the Word of God and its teachings, bringing them regularly to worship in God's house, and providing for their instruction in the Christian faith..."
Delories attended District 68 rural school, a two-room schoolhouse a couple of miles from the family farm. She graduated from Westbrook High School in 1950.
She married Harry Martin Amundson Jr. Jan. 28, 1951, at Trinity parsonage on a bitterly cold night just prior to Harry’s military draft; he was later deployed to Korea with the U.S. Marine Corps.
While he was deployed, Delories lived at home with her parents while taking care of their first­born, Carolyn. They spent several months at the end of his time in the Marines in California.
Upon return from California, she and Harry began farming on the Berg family homestead where she had grown up. She was an active participant in the farm operation, helping with the care of the livestock, the crops and the harvest. They farmed from 1954 until 1972 when they sold their business, retained the land and moved into Westbrook. Advised by a friend that she had an affection for and ability to work with older people, she went back to school and received certification as a nursing assistant. She then worked for nursing homes in Lamberton and Westbrook from 1985 until 1998 when she retired.
Delories and Harry lived in Westbrook until after Harry's passing in June 2002. In March 2006, Delories moved to Aurora, Colorado, to be closer to her children, both of whom were in Colorado. She was a member of Spirit of Hope Lutheran Church in Parker at the time of her death.
She was the mother of two children, Carolyn and Ken, who like her were raised on the farm established by her grandfather. The farm continues under family ownership and operation. She is survived by children Carolyn (Doug) Kleven of Parker, Ken (JoEllen) Amundson of Loveland; grandchildren Wade (Megan) Kleven of Dodge City, Kansas, Weston (Cara) Kleven of Laramie, Wyoming, Ross (Shannon) Kleven of Broomfield, Colorado, Josh (Mollie) Amundson of Windsor, Colorado, Kristen (Landon) Mauck of Colorado Springs, Colorado.
She also is survived by 11 great-grandchildren: Autumn and Kurtis Kleven of Dodge City; Dylan, Thaddeus and Sawyer Kleven of Laramie; Sasha Stanley of Broomfield and Sara (Cody) Lange of Tomball, Texas; Joel and Jesse Amundson of Windsor, Colorado; and Kaelyn and Logan Mauck of Colorado Springs.
Survivors also include six great-great grandchildren: Aspen Ash, Zachary Ash and Xander Stanley of Broomfield; Matthew, Logan and Kacie Lange of Tomball.
She was preceded in death by her parents, brothers Vernen (Norma) Berg, Marvin (Naomi) Berg; sister-in-law Jeanette (Norman) Larson; and brother-in-law Leon Amundson.
Services will be 11 a.m. on Thursday, Nov. 3, 2022, at Spirit of Hope Lutheran in Parker, followed by a committal ceremony at the gravesite in Westbrook, Minnesota, on Saturday, Nov. 5.
The family requests that memorials be directed to her church, Spirit of Hope Lutheran, or Agape Healthcare, the hospice that very kindly helped manage Delories’ care in her final days.
Viegut Funeral Home in Loveland handled arrangements.

To send flowers to the family or plant a tree in memory of Delories Amundson, please visit Tribute Store
Thursday
3
November

Share Your Memory of
Delories
Upload Your Memory View All Memories
Be the first to upload a memory!
Share A Memory
Send Flowers