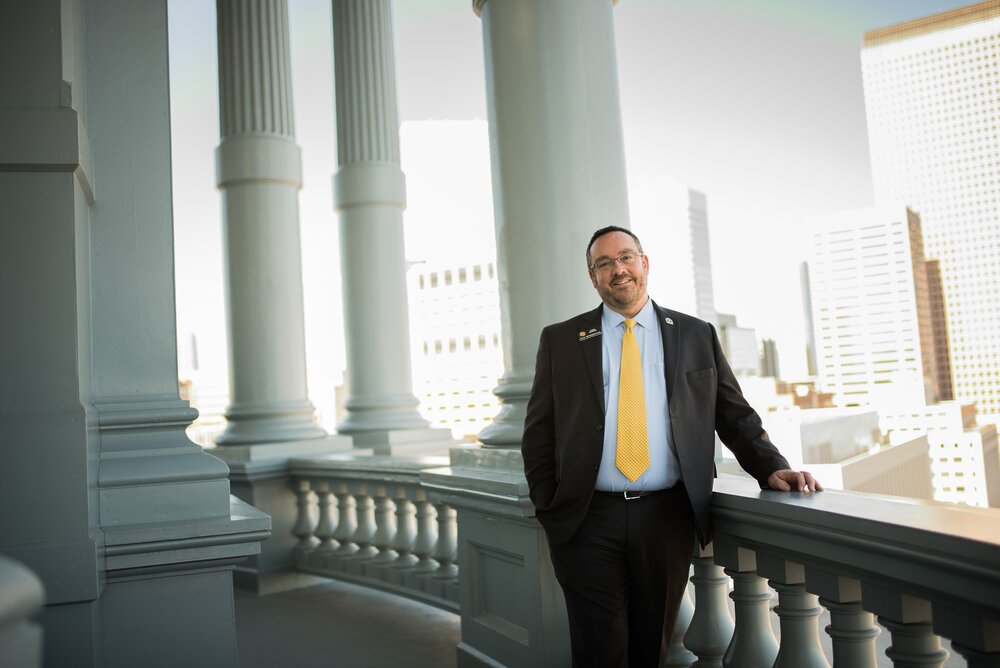 Hugh Monroe McKean of Loveland, leader of the Republican caucus in Colorado’s House of Representatives and tireless champion for effective government and Colorado’s tradition of neighborliness, died Sunday, Oct. 30, 2022, in Loveland. Cause of death was a heart attack three days after his 55th birthday.

McKean, a former Loveland City Councilor, was running unopposed in Tuesday’s general election for a fourth term representing Colorado’s House District 51. A public memorial will be held Thursday, Nov. 10 at the State Capitol in Denver, and a celebration of his life and community will take place at 11 a.m. Saturday, Nov. 12 at Loveland’s Resurrection Fellowship (6502 E. Crossroads Blvd.).

McKean is survived by his two children, Hanna Marie McKean, 23, of Fort Collins, and Aiden Thomas McKean, 21, of the home, and his mother, Janet McKean of Rolla, Missouri. Other survivors include his partner Amy Parks of Loveland and her children, sister Summer McKean-Kershner of Corvallis, Oregon, and brother Andrew McKean of Glasgow, Montana.

He was preceded in death by his daughter, Silje, and his father, Michael McKean.

Hugh Monroe McKean was born Oct. 27, 1967, in Philadelphia and spent his boyhood on a small farm in northern Missouri. He graduated from Colorado State University in 1996 while working as an independent residential contractor across northern Colorado. Soon after, he moved to Loveland, where McKean devoted himself to raising his two young children. In time, he became active in local government. McKean was elected to the Loveland City Council in 2009, a role that amplified his love of helping neighbors, supporting his community, and finding durable solutions to local and regional problems.

McKean was a reservist with the Coast Guard Auxiliary. In addition to countless involvements, recognitions, and awards, McKean was proud of being a back-to-back winner of the Colorado House of Representatives chili contest.

As a legislator, McKean was widely respected as a builder of both consensus and campaign structures that supported solution-oriented Republicans. He was elected minority leader of the House Republicans in 2020 and was expected to either be returned to that role in the 2023 session or, if the Republicans regained the majority, to be considered as Speaker of the House.

McKean’s ability to forge genuine connections with people and to educate himself on the broad themes and deep details of public policy—combined with an infectious sense of humor and boundless energy and curiosity—made him an effective legislator but also an invaluable friend, neighbor, and resource. He had a remarkable ability to connect with people, making everyone—from gas-station attendants to governors—feel consequential. This ability was predicated on seeing people as individuals, regardless of role, status, or political orientation. For Hugh, everyone was a potential friend and collaborator, and this powered both his personal and his professional relationships. Among Hugh’s great loves: his family, trains, creative mischief, fireworks, firearms, carpentry, and cooking.

McKean’s salutatory “I love you” became his trademark not only as a genuine expression of affection but as a reminder that it’s relationships between people that make communities strong and politics effective.

To send flowers to the family or plant a tree in memory of Hugh McKean, please visit Tribute Store
Saturday
12
November

Share Your Memory of
Hugh
Upload Your Memory View All Memories
Be the first to upload a memory!
Share A Memory
Send Flowers