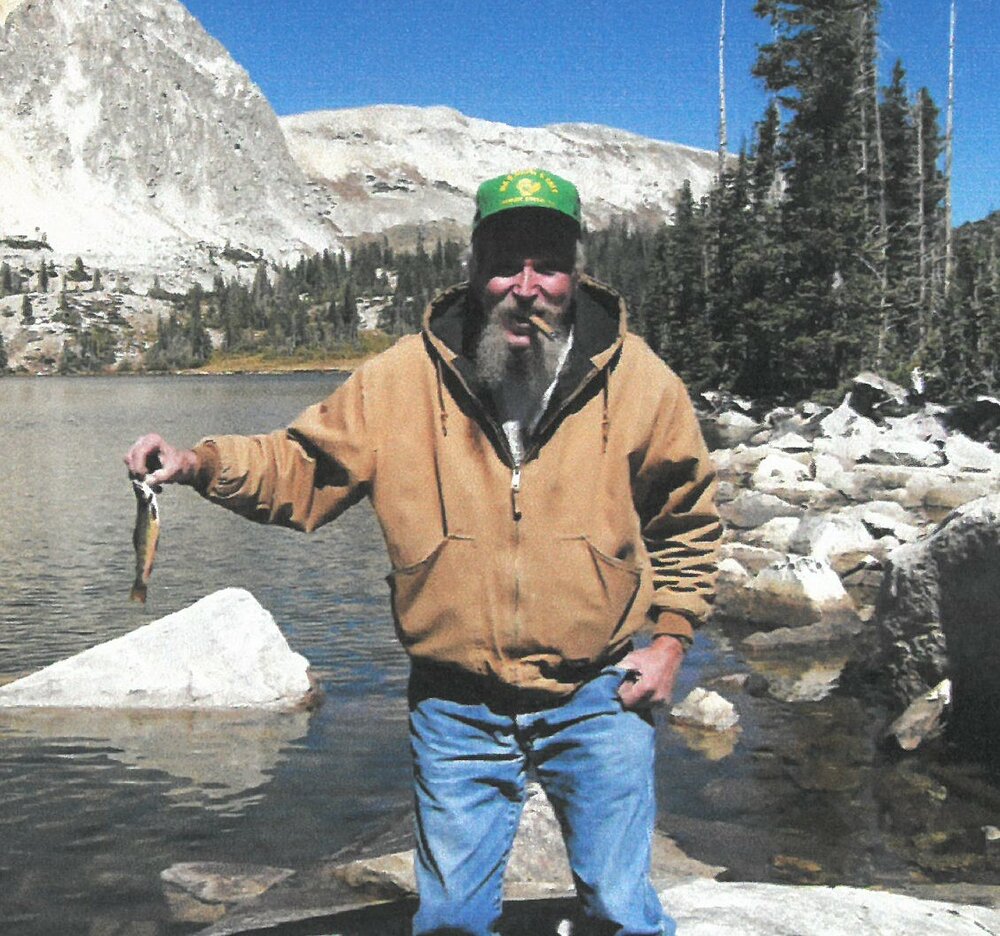 “All things are lawful,” but not all things build up.

“Do not seek your own advantage, but that of the other.”

Rick Moss may not have been a “perfect Saint,” but in his heart he was a good man, one who wanted to help ease the burdens of others. His family and friends, his neighbors and complete strangers can attest to this quality in him.

And if they could speak, even the birds, squirrels, chipmunks, cottontails, foxes, and deer that visited his backyard would praise him---the mice and bears not so much---for Rick’s lifelong ambition was “to do something to help support wildlife.”

In this endeavor, he was quite successful. In his many years as supervisor of the Habitat Section of the Northeast Region of the Colorado Division of Wildlife (DOW), he achieved numerous projects that benefited the wildlife of Colorado.

For example, Rick established the first water storage/recharge project to develop wildlife habitat in the state of Colorado.

He developed and successfully implemented a wildlife development plan encompassing 312 square miles of private lands spread over four countries. More than 90 landowners actively participated in the program, an important part of which was to improve habitat and cover for pheasants to increase their survival rate.

He also proposed and obtained approval to create a new organization section dedicated to managing DOW water rights throughout the state and achieved the first comprehensive inventory of DOW-owned properties and water rights in the NE Region.

He was the author of proposed legislation regarding land uses and conservation of wildlife resources in the state of Colorado and the main author of mitigation plans of the NE quarter of the state, and so much more….

But his pet project was research study that spanned 20 years: the “Tree Study.” Its purpose was to identify suitable species of trees and shrubs to provide wildlife habitat over a wide range of elevations, growing conditions, and habitat types in response to climate change and water use. (In typical Rick Moss fashion, his final report was so long and full of detail and photos that it causes a DOW first: its computer network crashed).

Looking ahead to his retirement, Rick created a blend of wild bird seed specifically for the birds of the Rocky Mountain West, called Rocky Mountain Best, then founded a company to market it. In his leisure time, he operated Rocky Mountain Wildlife Products Company with the assistance of his wife, Zanne, who designed the artwork for the product bags and business stationery, as well as handled the bookkeeping, taxes, and other office chores.

At its peak Rocky Mountain Best was in 23 stores in Northern Colorado.

Then came what Rick called “the nasty nineties,” which brought floods, forest fires, and strife in the neighborhood. And illness. By 1999 Rick needed a heart bypass operation. It was successful in restoring a measure of strength and energy but proved to be only the first in a long string of cardiovascular surgeries over 23 years, then in the last 12 months a string of heart attacks, and finally his body could not handle anymore. His heart gave out, and we lost a good man.

His intention when he reached Heaven was to pester God until he answered all his questions. It may take an eternity since Rick will probably have his counterarguments. But, as determined as he was, he may get what he wants, because

Rick Moss is survived by his wife Zanne, his cousin Jon Moore, his cousin Ann Morrison, his nephew David Moss and Gary Majors, his niece Susan Reams, and his niece Linda Livingston.

To send flowers to the family or plant a tree in memory of Richard Moss, please visit Tribute Store
Wednesday
16
November

Share Your Memory of
Richard
Upload Your Memory View All Memories
Be the first to upload a memory!
Share A Memory
Send Flowers