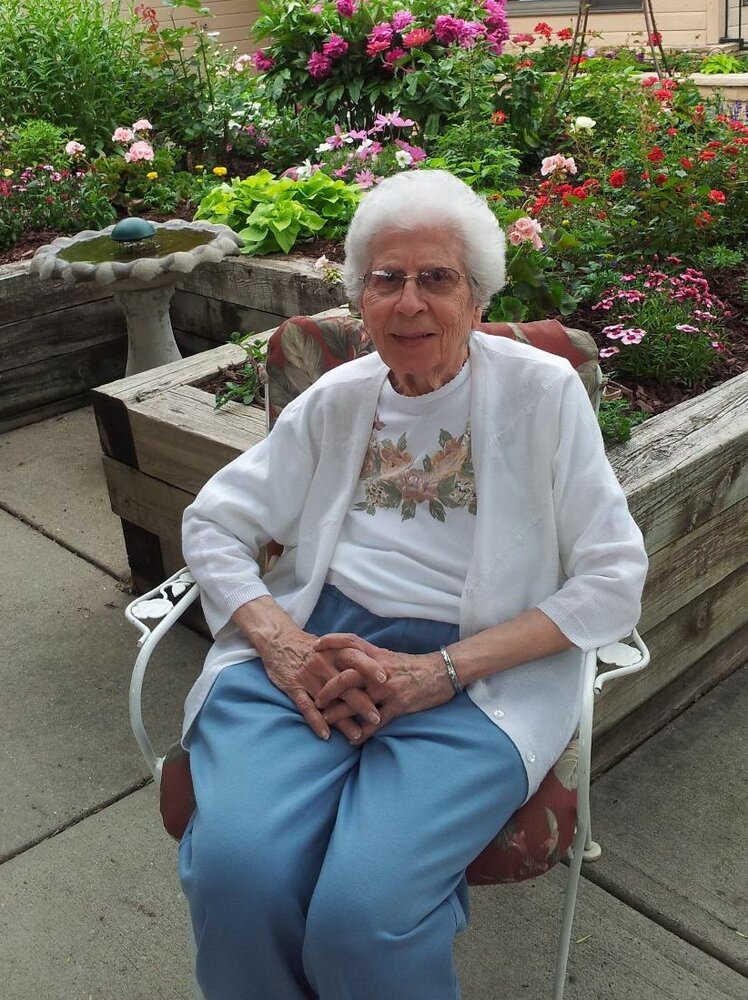 Catherine Gladis of Pittsburg CA. passed away on November 11, 2022 at LeMay Avenue Health and Rehab in Ft Collins CO.

Catherine was born in Milwaukee Wisconsin on April 13, 1926. When Catherine was three her family moved to Pittsburg CA to join other family members. After graduating from Pittsburg Senior High School, she began working for Bank of America and served various roles over a thirty-seven year career.

In 1953, Catherine and a few of her friends signed up for a ballroom dancing class where she met her future husband Elton (Jerry) Gladis. When she asked why he signed up for dancing class, Elton confessed that his motive was to meet a nice girl. After a two-year courtship, they were married in Lake Tahoe, CA on May 28 1955.

Catherine was active in her church community attending Good Shepherd Catholic Church in Pittsburg and participating in the Catholic Daughters. She took great comfort in scripture reading and in saying the rosary. Catherine was a loving wife, sister, mother, grandmother and friend. She enjoyed reading, baking and being a homemaker. She felt very blessed to have lived in a community with great neighbors, and friends who helped and cared for one another.

As Catherine’s health declined, she moved to Loveland, CO to be closer to family.

Catherine is survived by her son & daughter-in-law David & Shari Gladis of Johnstown, CO and her grandsons David and Jacob Gladis. She was preceded in death by her husband Elton Gladis, Mother (Concetta Bettinelli), Father (Romildo Bettinelli), and sister (Rose Bettinelli).

Funeral Arrangements are pending and will be updated on this website as they are known.

To send flowers to the family or plant a tree in memory of Catherine Gladis, please visit Tribute Store

Share Your Memory of
Catherine
Upload Your Memory View All Memories
Be the first to upload a memory!
Share A Memory
Send Flowers