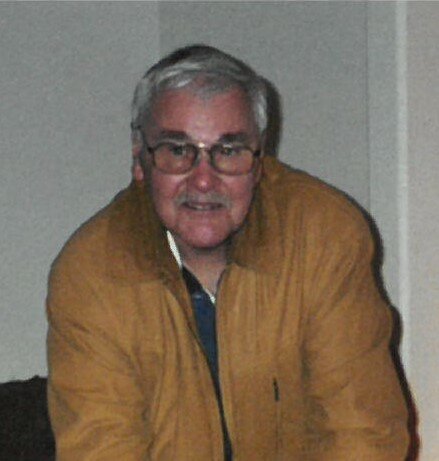 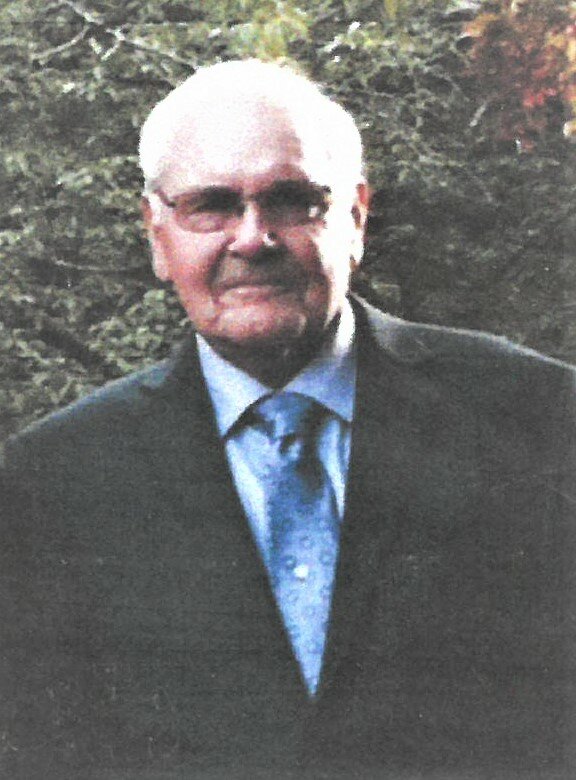 John Spencer was a Ford man. He was a farmer at heart, had a lifelong soft spot for dogs and didn’t care for fences.  He wasn’t a morning person, a trait he maintained thru his life, and generally didn’t like to share his tools.  He earned a few nick names through the years but the favored were “Honest John” and “Johnny Appleseed” bestowed upon him for his penchant for planting trees on his or an unsuspecting neighbor’s yard.  Lucky was the person that received a loaf of his special Christmas bread. He filled his retirement years just the way he preferred.

John was born in 1933 in Spencerport, New York, oldest son of Herbert and Beatrice (Harper) Spencer. He attended school in Spencerport and started his long career at Eastman Kodak Company in Rochester, New York and later in Windsor, Colorado.  John earned his journeyman status as an electrical mechanical technician and later worked in management. John worked for Kodak for 32+ years and retired in 1983 at the age 50.

John married his high school sweetheart Loretta Bittlingmaier in 1952. They started their family and lived in Spencerport, New York until 1970 and thereafter in Loveland, Colorado.

One of John’s greatest pleasures in life was traveling extensively in the USA with Loretta. On a life-time trip to Alaska he visited the north shore of the Northwest Territory in Canada and the ice fields of Athabasca. Travels also included visiting friends in California, Arizona, and Texas on the way to Florida. John loved Florida and visited often. For several years in the spring, he and Loretta spent a month or more at the beach and then drove up the eastern seaboard visiting the historical sites along with the Shenandoah Valley, eventually arriving in New York and Vermont to visit family. He made several trips to Canada and spent time with family fishing in Kootenay Lake, British Columbia. Closer to home, camping and ATV riding with friends in the Rocky Mountains of Colorado was always a fun-filled event. Their ATV group was named the “Leather Butts Brigade” sharing glorious times and conquering difficult trails such as BlackBear Mountain then relaxing around a campfire at day’s end.

In the early 60’s, John and his beloved younger brother Steve together built a family camp in the Adirondack Mountains of upstate New York.  The most beautiful view John ever saw was when he was standing on the dock looking out over 6th Lake.  It remains a special place for his family.

In leu of flowers, the family requests tree planting donations be made in the memory of John H. Spencer at “A Living Tribute” (alivingtribute.org).  To honor John’s life, the family will host an open house for family and friends from 2 to 5 pm on Saturday, December 3rd.

To send flowers to the family or plant a tree in memory of John Spencer, please visit Tribute Store
Saturday
3
December