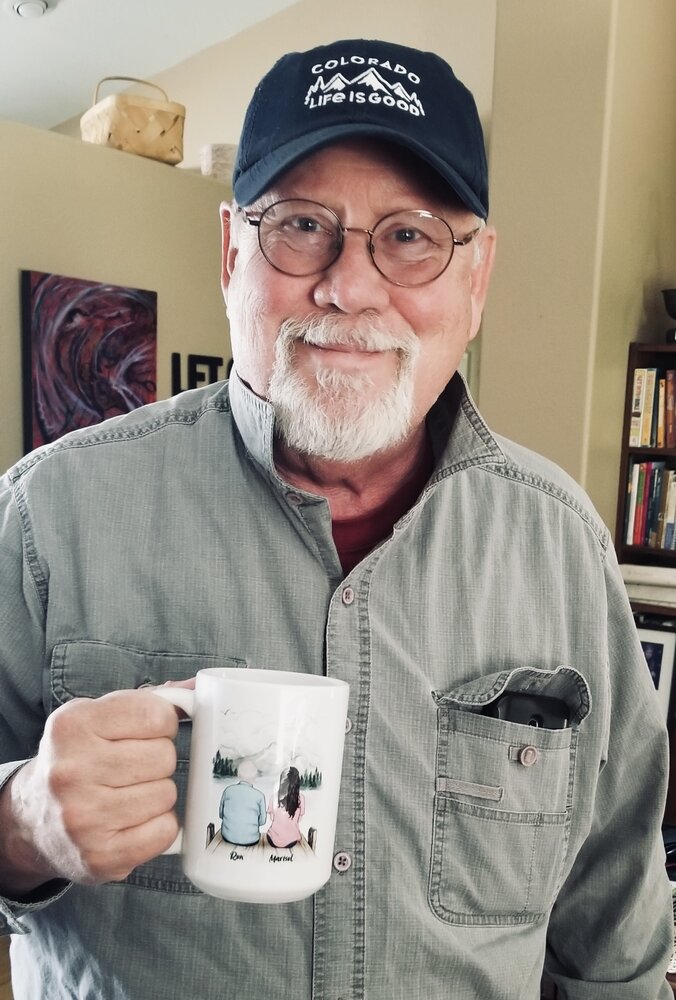 Ron was raised in Southern Oregon and graduated from Klamath Union High School.  He went on to study at Oregon State University briefly before joining the US Army in 1966 where he began his career in food sciences, which found him deployed to south Texas where he met the love of his life Marjorie Rose Weaver.

Ron and Marjorie were married on November 18, 1967 right before he deployed to Vietnam.  Upon his successful return, they relocated to Oregon where he continued studies at Oregon State University in Corvallis in Food Science.  Ron was an active member of the Kappa Delta Rho fraternity Sigma Chapter.

After graduating, Ron’s career in Food Science took him on several stops including Chef Francisco in Eugene, OR; Ore-Ida Foods in Ontario, OR; Trendwest in Klamath Falls, OR; Land O Frost in Searcy, AR; Campeche Foods in Brownsville, TX; Pilgrim’s Pride in Elberton, GA and Greeley, CO, and finally Dr. G’s in Colorado.  Ron even tried his entrepreneurial hand at his own businesses while living in the Rio Grande Valley and later in Colorado. His 41 year career in food science afforded him and family many opportunities for adventures and travel around the world.

Ron was an active Member of the Elks Lodge and the Institute of Food Technologists (IFT) organizations where he served in numerous roles.  Ron and Marjorie were also very active in their home churches over the years, most recently attending Timberline Church in Fort Collins, Colorado.

Ron loved hunting, fishing and the outdoors, the occasional game of golf, and playing and singing music. Even more, Ron loved spending time with his family and friends.

Most importantly, Ron was a fervent follower of Jesus Christ, which was evidenced in his final journey through leukemia where he praised God constantly through the storm and witnessed to many.  His favorite biblical passage, Psalm 23, strengthened him often as well as reading Marjorie’s personal devotional throughout this year.

Ron was preceded in death by his wife, Marjorie Weaver Jackson in January 2022 and joined her in Heaven the day before their 55th wedding anniversary.  He was also preceded by his father Clifford Jackson; mother Isabel Teare Sanders; step-father Grady Sanders; grandson Luke and great grandson Liam.

Mom and Dad frequented the sculpture garden and lived just across the lake from them. Mom has a sculpture there dedicated in her name.  Separately, we are donating a bench to be near mom’s sculpture in dad’s name.  If you are interested in donating to that, please contact Jason directly.

To send flowers to the family or plant a tree in memory of Ronald Jackson, please visit Tribute Store
Saturday
10
December

Following service at the church.

Share Your Memory of
Ronald
Upload Your Memory View All Memories
Be the first to upload a memory!
Share A Memory
Send Flowers