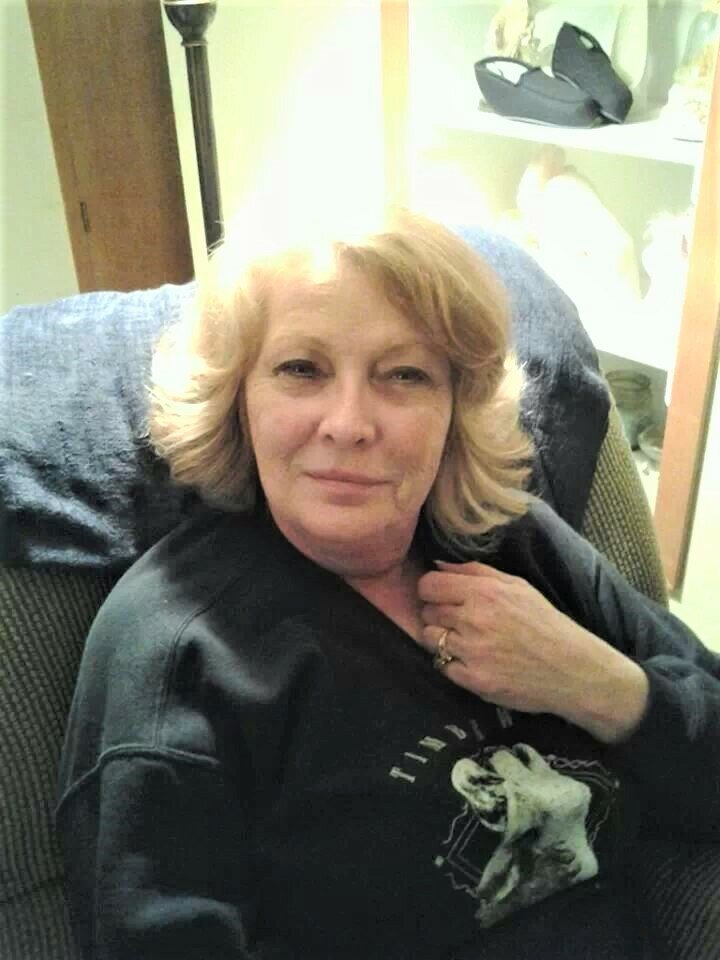 Vicki S Cherry passed away peacefully in her home on December 24, 2022 with her husband by her side.

Vicki was adopted by Francis and Geneva Nicolas of Griffith, Indiana. Her biological family located Vicki in 1999. After the initial shock, and several phone calls and getting to know one another, her sister Pat Combs and her son Randy came for a visit. The next visit came when Vicki and her husband took the trip to Kentucky. They stayed with Vicki’s niece Kimberly. Kimberly was a volleyball coach at the time, while the sisters were sitting on the bleachers watching the game, they started comparing feet and how they all had the same abnormities. They got so distracting the score keepers of the game beside the stands began laughing at the girls they forgot to keep score.

Vicki was a very strong Christian lady. She said to her future husband, “you have to accept my Church, my son, and my dogs!” And he did just that for over 30 years, still a Rezite, and 8 dogs later.

She was most proud of her grandson, Gabriel. A grandson she never thought she’d have until Russ and Teresa adopted this wonderful boy. She sure loved water fights and Gabe never fail to give Vicki a run for her money.

Vicki worked primarily in the restaurant industry in about every facet, but also a personal banker at Home State Bank and lastly a cashier at Chick-Fil-a. It was at Village Inn where she met her devoted husband Lester “Les” Cherry.

She is preceded in death by her Daughter-in-law Teresa Klassen of Rhome, Texas, Brother Tracy Hardesty, of Lakeland, Florida. Her father Francis and mother Geneva of Monterey, Indiana, and her biological mother Gertrude Stenson of Eastpoint, Florida.

To send flowers to the family or plant a tree in memory of Victoria Cherry, please visit Tribute Store
Saturday
14
January

Share Your Memory of
Victoria
Upload Your Memory View All Memories
Be the first to upload a memory!
Share A Memory
Send Flowers