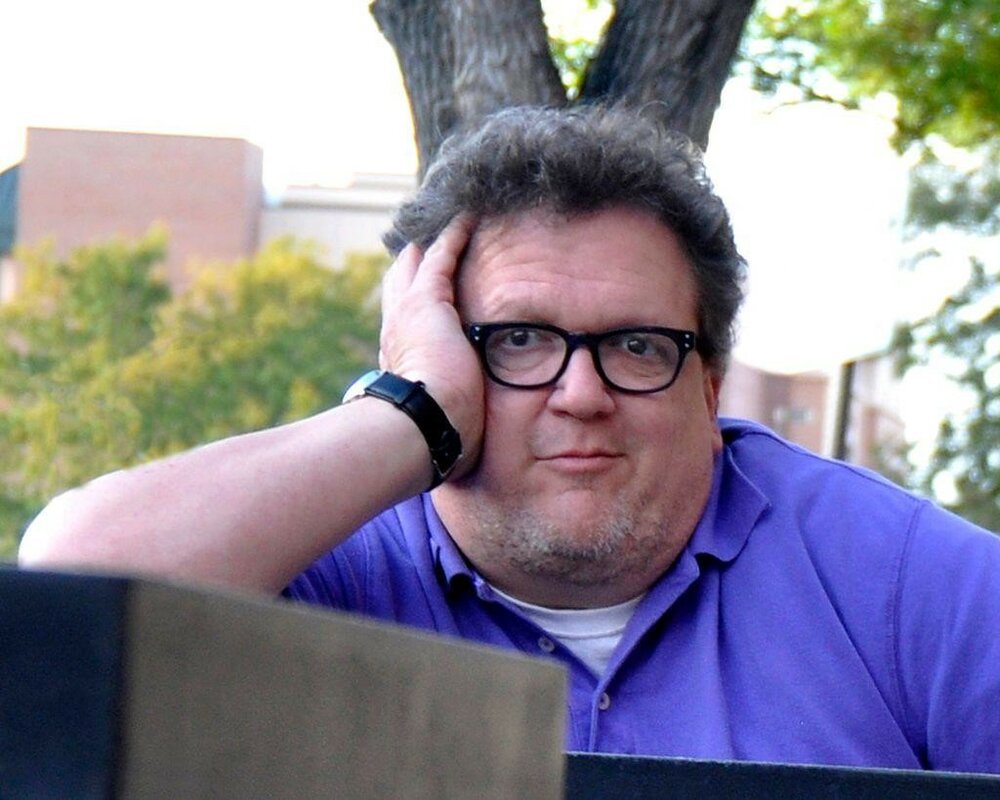 David was the youngest of the 7 children of Edward Bublitz, Sr. and Doris May Pape Bublitz.

The family moved to Colorado in 1973.

From a very young age, David enjoyed the ability to make people laugh.

When his parents ran the Covered Wagon Restaurant to the days of owning Bublitz's Ice Cream Parlor, David found the opportunity to be "on stage" and he took advantage of it.

He spent many years appearing locally in Northern Colorado, as well as Denver, (The Rialto, Comedy Works, Wit's End, the Mandolin Cafe to name a few).   He traveled outside of the state to many venues with his favorite sidekick, his mom.

Oh, the miles they put on his cars! When not traveling, he loved spending time with his nieces and nephews, entertaining them at sporting events, concerts, amusement parks, or anywhere fun could be had.

As much as he enjoyed being on stage, it was almost rivaled by the fun he had mentoring new comics or just being the MC.  The family is touched by the many comments made by fellow comics about memories they have of David.

He slowed down on his comedy career to act as one of his mom's caretakers in her final years.

In 2020, David made the move to South Carolina to live with his good friend, Mike.  This, he did boldly as he had never been to the state before.

David will be remembered for his desire to make people smile, his love of Colorado sports, (especially the Rockies), Pizza, and Mountain Dew.

David is survived by five of his siblings, (Ken Bublitz, Jim Bublitz, Ed Bublitz,Jr., Mary Haigh and Nancy Menard), many nieces, nephews, cousins and aunts, his dear friend, Mike, and many comics throughout the country.

His parents and brother Dale predeceased him.

Although David has left us too soon and had struggles during his life, we are all better for knowing him.

Consider donations to the Larimer County Food Bank, the Fort Collins Mission, or the charity of your choice

To send flowers to the family or plant a tree in memory of David Bublitz, please visit Tribute Store
Saturday
7
January

Share Your Memory of
David
Upload Your Memory View All Memories
Be the first to upload a memory!
Share A Memory
Send Flowers