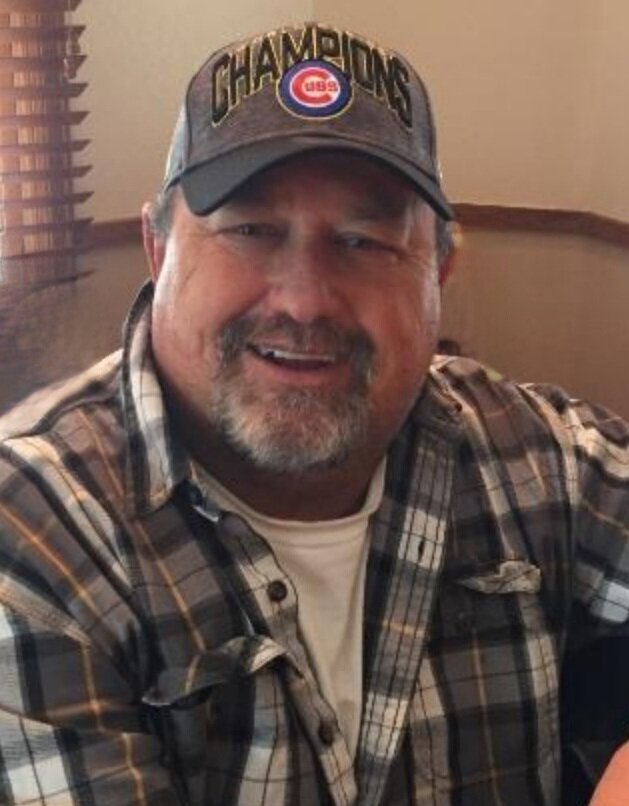 Edmund Arthur Tysdal – June 18, 1960; the day the world became a better place.  December 4th, 2022; the day the world lost a shining star, with a heart as big as life.   Ed was born the baby of the family to Joseph and Marylyn Tysdal in Sturgis, SD, but LaPorte, CO was where Ed was raised and call home, no matter where life took him, LaPorte was always home.  Edmund, (Ed, Eddie, Tiz or Bear) grew up in LaPorte with his older sisters, Kelli and Kalene.  Being from a small community, Ed gained many lifelong friends, all who now mourn his passing.

Ed graduated from Poudre High School in 1979.  After graduation, Ed and his dad Joe, formed the J.E.T. Installation company, where Ed became a Master carpenter, although he never had formal training, he was a skilled, gifted, natural.  His woodworking skills were his passion, a passion in which Ed excelled. When asked how he did something, his answer would always be “magic”.  In 1996 the company closed due to the death of his dad and best friend.  Ed’s career path with ISEC and his own handyman allowed Ed to continue doing what he loved, working with his hands an creating magical outcomes.  Ed passed his woodworking skills to his sons, James, Joseph, Christopher and John, and nephew, Nick.  Ed taught them the family secret of “work hard, and always give 100%”.   This mindset has become his legacy.

Ed’s biggest passion and accomplishment was his family.  Ed married Marcia Adele Eder, where he became dad to sons, James, Joe, Christopher and daughter Nichole, all whom he loved fiercely to the day he passed.  His family expanded again when he married Carol Sharp.  He was blessed with an additional daughter, Janelle and sons, John and Jason.  As much as Ed loved being a dad, PAPA was his greatest title.   Ed was blessed with several grandchildren and great grandchildren, all who had papa’s heart.

Ed loved life, he was an avid hunter, softball player and a so-so golfer.  Ed played in several softball leagues that spanned decades, until his knees gave out.  Ed loved hunting with his dad, his sons and his close friends.   He never missed an opportunity to wander around the woods, hoping for that one good shot.  Hunting, like softball was a passion.   One time when Ed and his lifelong friend Bubba went hunting, they somehow ended up shooting their jeep, they tried to hide the bullet holes with a coat, which didn’t really work, but they laughed it off as friends do.

Ed battled his illness head on, he never gave up, even his darkest hours, Ed reach toward his family, holding them tighter, gaining the strength from family, love and prayer to push through whatever obstacle he was facing.   In the end, Ed realized he had lived the best he could and that the path that he needed to take, he decided to let God make that decision, he put it in God’s hands, and God chose to bring Ed home on December 4th, 2022. Why wouldn’t he?  Ed wanted to be well, free of pain, so God made it so.

Ed is survived by his wife, Carol Tysdal of Mesa, AZ, his mother, Marylyn Tysdal Wylie of Fort Collins, CO, his sisters, Kelli Stadlman (Allan) of LaPorte, CO and Kalene Sakurada (Randy) of Fort Collins, CO.  Ed is also survived by his grandchildren, great grandchildren and many nieces and nephews, all who he loved dearly.   Ed is proceeded in death by his father, Joseph Tysdal, his unborn son, John Paul and his favorite aunt, Arleene Shearer.

The shattered hearts Ed left behind are just pieces of his heart that we all got to share.  He is deeply missed by his family and friends, but we all have memories. Eds wish is to celebrate his life and celebrate we will!  Ed’s celebration will start with a service, celebrating his beliefs and his faith, followed by a reception luncheon, filled with laughter, love, memories and tears.  Honoring every aspect of Ed’s life.  Please join us in either or both celebrations.  It’s all about Ed!

To send flowers to the family or plant a tree in memory of Edmund Tysdal , please visit Tribute Store

Share Your Memory of
Edmund
Upload Your Memory View All Memories
Be the first to upload a memory!
Share A Memory
Send Flowers